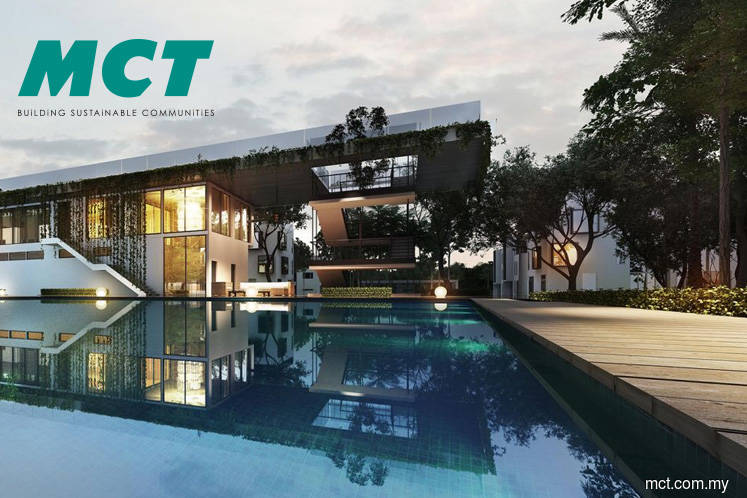 In a filing with Bursa Malaysia today, MCT said Jugo, 46, is stepping down to pursue his other personal interest.

The Philippine national, who is also a non-executive director of MCT, took over the helm on March 15, 2017 from the group’s founder Datuk Seri Tong Seech Wi. Tong had ceased to be a major shareholder, following the disposal of his entire shareholding in the group in February 2018.

Separately, MCT’s chief financial officer (CFO) Maria Rochelle S. Diaz, 38, has also resigned from her position, citing to pursue her other personal interest as a reason.

The group is diligently exploring the appointment of new candidates to fill both positions, it said in the respective filings.

Both of them are part of the Philippines' Ayala Land Inc, which first invested in MCT in 2015 and now owns a 66.3% stake in the group.

Chiong, 46, is an assistant vice-president of Ayala Land and the CFO for two strategic business units of Ayala Land, filings with Bursa showed today, adding she is also the CFO of two listed companies in the Philippines, namely Cebu Holdings Inc and Cebu Property Ventures Devt Corp.

Tanco, 52, is the head of project and strategic management group and member of the management committee of Avida Land Corp, a subsidiary of Ayala Land and he is also the assistant vice-president of Ayala Land.

In November last year, MCT was thrust into the limelight when riots broke out at the Seafield Sri Maha Mariamman Temple in Subang Jaya, over its relocation from its current site at USJ 25, in which the land that the temple occupies belonged to its wholly-owned subsidiary One City Development Sdn Bhd.