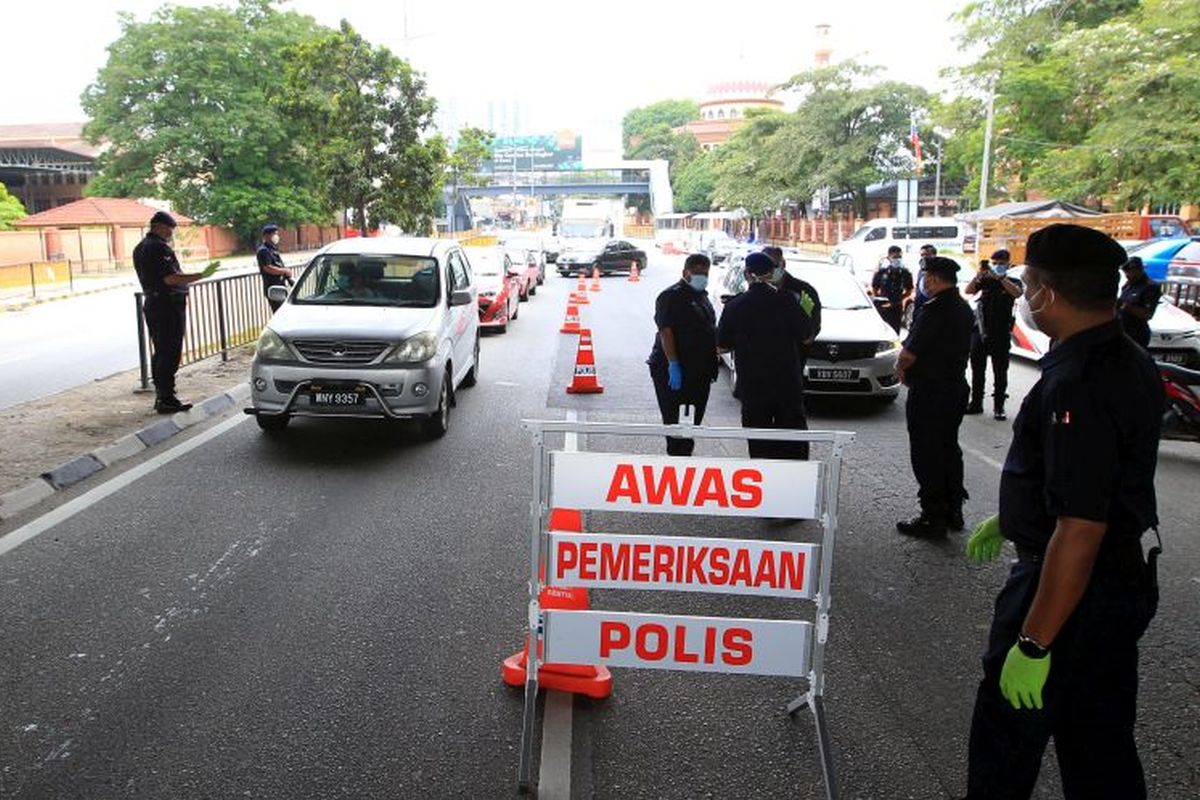 KUALA LUMPUR (May 12): A total of 13 roadblocks will be mounted around Kuala Lumpur and Putrajaya in conjunction with Aidilfitri tomorrow, following the implementation of the Movement Control Order (MCO) and inter-district and interstate travel bans.

“Almost 400 police officers and personnel will be on duty," he told Bernama today.

He said that since the implementation of the MCO in Selangor on Thursday, a total of 1,472 vehicles that had tried to enter the capital had been ordered to turn back, among others, because they did not have police permission for interstate travel.

Meanwhile, Selangor police chief, Datuk Arjunaidi Mohamed, said that since the implementation of the MCO, 313 compounds had been issued to individuals who violated the standard operating procedures (SOPs), including those attempting inter-district travel.

He stressed that traffic congestion due to roadblocks cannot be avoided because the police need to inspect the documents of the motorists one by one to prevent them from violating the MCO SOPs.