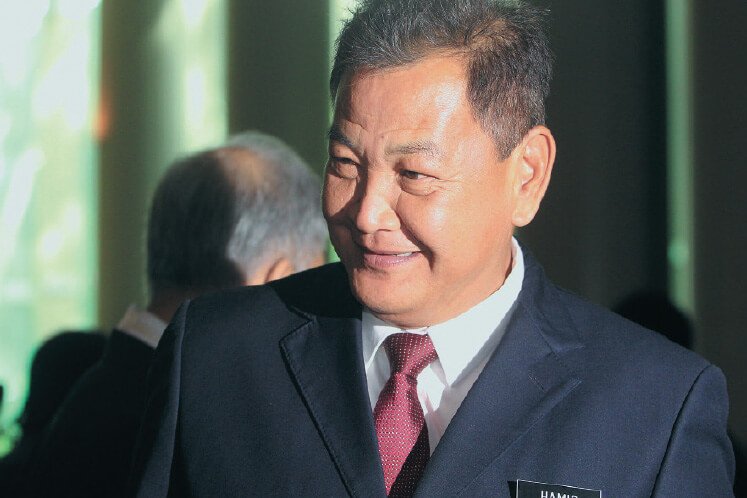 KUALA LUMPUR (April 6): The police will increase the deployment of staff patrolling all of the country’s borders and waters by 100 per cent, to prevent the entry of illegal immigrants into the country throughout the imposition of the Movement Control Order (MCO).

Inspector-General of Police Tan Sri Abdul Hamid Bador said so far, almost 2,500 officers had been deployed to these areas as part of efforts to prevent the spread of COVID-19 among illegal immigrants.

He said the increase in deployments was in response to the statement by the Health Ministry that the country was at risk of experiencing a third wave of Covid-19 infections from other countries.

“The virus could be brought in by illegal immigrants using back channels and their presence in the country without undergoing health screening definitely poses a high risk,” he said at a special press conference at Bukit Aman here today.

Apart from these added deployments, Abdul Hamid said the police had also launched several operations including ‘Op Nyah’, ‘Op Wawasan’, ‘Op Awas’ and ‘Op Batas’ in Sarawak, as well as ‘Op Taring’ in Sabah, as part of efforts to prevent the entry of illegal immigrants into the country.

Abdul Hamid said police had held discussions with all commanders from the three branches of the Malaysian Armed Forces (MAF).

“In discussions with the Army chief, Air Force commander and Naval commander at the Defence Ministry, they gave lots of ideas and suggestions to tighten security at the country’s borders.

“Among the matters discussed included the deployment of Royal Malaysia Police and MAF to protect the borders and waters of Peninsular Malaysia, Sabah and Sarawak and how we can reduce the risks by protecting the said locations,” he said.

Yesterday, Bernama reported police would increase control and surveillance of the country's waters, following attempts to bring in illegal immigrants via the ‘rat lanes’.

Meanwhile, Abdul Hamid said police would only arrest those who violated the MCO while the decision to place them in prison was under the jurisdiction of the Judiciary Department.

“The police only carries out law enforcement while prison sentencing comes under the purview of the courts,” he said.

Yesterday, Bernama reported Chief Justice Tan Sri Tengku Maimun Tuan Mat issued a statement urging the judiciary to consider the issue of prisons in the country facing the risk of spreading Covid-19 when imposing sentences on violations of the MCO.

Asked to comment on the use of force against individuals who did not comply with the MCO, Abdul Hamid said police officers and personnel were not encouraged to use force to overcome the situation.

“I hope police officers and personnel will obey the law. I personally do not encourage them to use force to control those who violate the order.

“Police do not like to arrest people, but the law is meant to protect the interests of all Malaysians and it's not a pleasure,” he said.