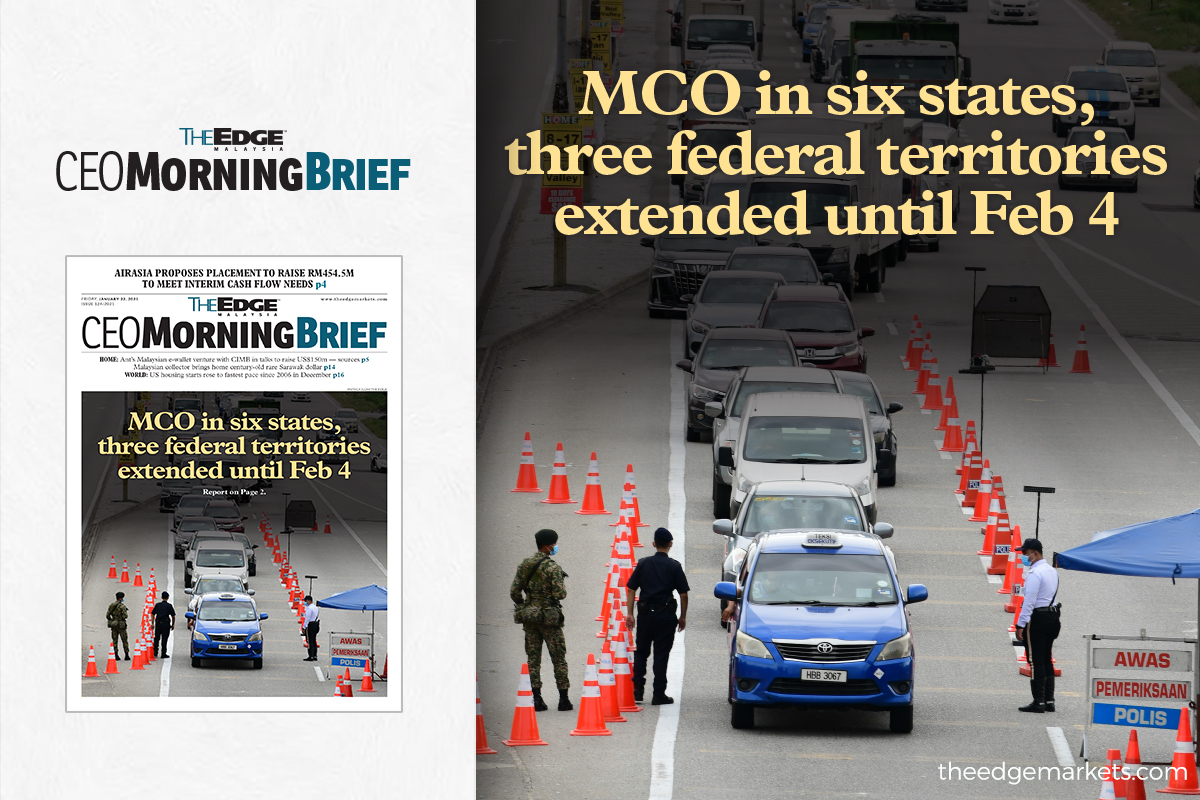 The states are Penang, Selangor, Melaka, Johor, Sabah, Kelantan, and the Federal Territories are Kuala Lumpur, Putrajaya and Labuan.

Senior Minister (Security Cluster) Datuk Seri Ismail Sabri Yaakob said the decision was made based on the risk assessment and advice of the Ministry of Health (MoH) after finding that daily Covid-19 cases were still on the rise in the states.

Following the extension, the period of the MCO enforced on all states has now been standardised, he said in a press conference on MCO development here today.

Meanwhile, he said the implementation of the Enhanced Movement Control Order (EMCO) at the Westlite workers’ hostel in the Tampoi Jaya industrial park, Johor would be lifted tomorrow, as scheduled.

He said during the implementation of EMCO at the hostel which started on Dec 26 last year, 1,585 people have been screened, 682 of whom tested positive for Covid-19.

“The assessment conducted by the MoH during the period found that Covid-19 cases in the area showed a downward trend with the last case detected on Jan 15 and no more samples were taken, so far,” he said.

Ismail Sabri also said that the Attorney-General’s Chambers would study laws that could be used for violations during the emergency period, for example raising the compound against employers or individuals who violate the standard operating procedures (SOPs).

“I hope it will be expedited so that we can implement it immediately as many companies appeared to have taken it lightly, the RM1,000 compound is too low for them,” he said.

Apart from that, he said employers who have been detected hiding their employees’ Covid-19 positive status, would face action under the Prevention and Control of Infectious Diseases Act 1988 (Act 342).

Ismail Sabri said the directive also applies to individuals tested positive for Covid-19 but did not report it.

On the Compliance Operation Task Force, he said a total of 577 individuals were detained for violating the SOPs yesterday.

Of the total detained, 545 people were issued compounds while 32 were remanded, he added.