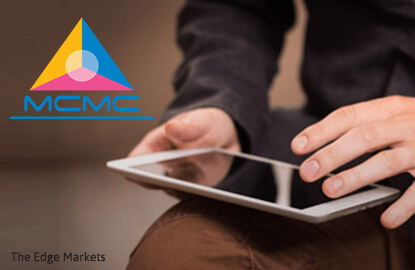 KUALA LUMPUR (Jan 4): Smartphone is the most used device to access the Internet in Malaysia in 2015 as smartphone ownership increased, according to a survey by the Malaysian Communications and Multimedia Commission (MCMC).

In its latest Internet users survey report, the MCMC said 89.3% of Internet users used smartphones to go online, based on feedback from the poll's 2,787 respondents.

According to the MCMC, 80% of Internet users had visited social media sites. Of the 80%, 96.5% owned a Facebook account.

"Malaysians were more prone to exert themselves in leisure activities that incorporated networking features such as OTT messaging, Facebook and participation in informal forums. These platforms turned out to be the primary source of information for a majority (86.9%) of Internet users against news portals, which accounted for only 65.5% of user base.

"An Internet user spends (an) average of around four hours per day on social media sites," the MCMC said.