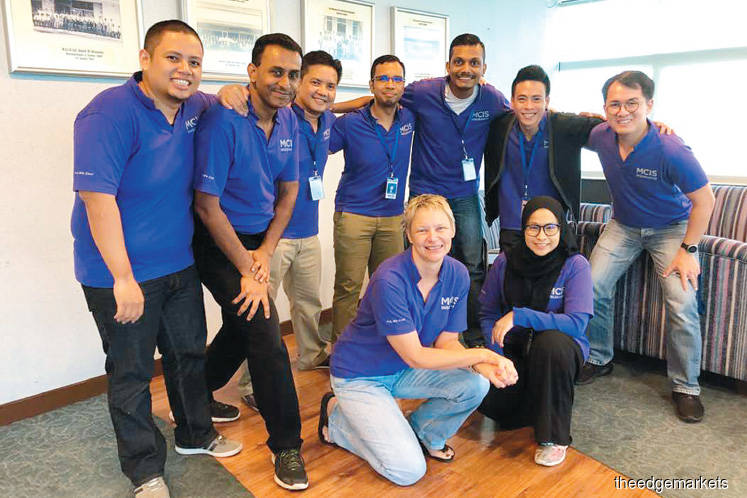 “Brilliant” is the word Conradie used to describe the concept of getting CEOs to run for charity.

“A mischief of rats, pursuing each other and sniping at each other’s heels, and doing it for a worthy cause is novel. I am also sure that the nesting afterwards will go down well with all the CEOs,” she quipped.

Conradie joked that she is under enormous pressure, to the point that she suffered “high blood pressure and anxiety attacks” upon learning that she is to be “a rat in a rat race”.

But she is thrilled to be running in the charity race, adding that she has also “had cravings for cheese”.

In the Team category, MCIS is fielding a team that comprises mostly first-timers who represent different departments.

Mazli Mutalib, from the compliance department, suggested that the race will surely help to promote a healthy lifestyle but, most importantly, the fact that the fun run is for charity is what motivated him to enter.

On the same wavelength is MCIS Academy’s L Kumaraguru. “Running for charity is a good two-in-one concept. We get to do something for a good cause while staying healthy as the run requires practice.” And he is definitely getting in a lot of practice before the race.

Norkhairina Mohd Jamil, from the risk management department, said the charity run is a different approach to raising money for charitable causes.

Also gearing himself up for the challenging Padang Merbok course, by jogging every other morning before going in to work, is Suffian Amiruddin from the finance operations department.

The finance division’s Ng Kel Vin quipped cheekily that he is looking forward to seeing the chief operations officer “suffer” while running in the blazing Malaysian heat.