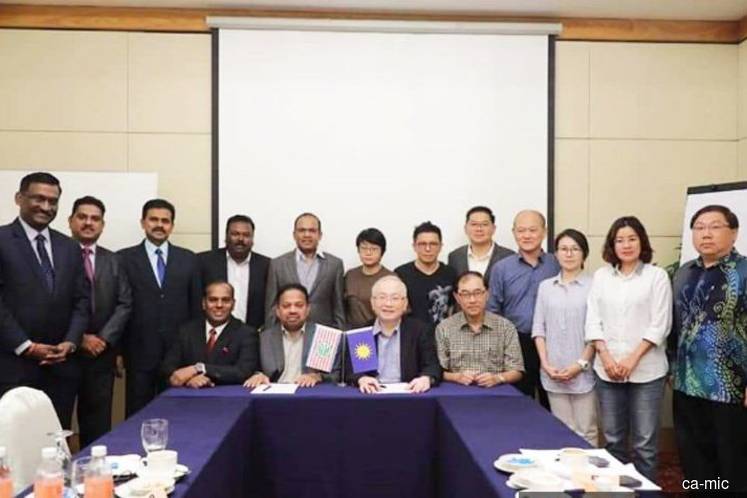 KUALA LUMPUR (March 4): MCA and MIC have called for an immediate meeting of the Barisan Nasional Supreme Council to decide on the fate of the coalition, saying that the bloc’s multiracial concept had been undermined.

The BN component parties’ presidents Datuk Seri Dr Wee Ka Siong and Tan Sri S A Vigneswaran said in a joint statement that they were left with no choice but to move on and explore a new alliance because the foundation of mutual respect among the coalition’s members had cracked under the repeated attacks of its own members.

In view of these attacks which undermined the spirit of diversity of the coalition, the statement said, the MCA at its annual general assembly in December resolved to moot the dissolution of the coalition to forge a new alliance.

They said the appointment of Umno leader Datuk Seri Nazri Aziz as the coalition’s secretary-general was illegal and not recognised by MCA and MIC.

“The uncalled for racial remarks by Datuk Seri Nazri in Semenyih have further damaged the ties between the three founding parties,” the statement said, in reference to Nazri’s statement during the by-election campaign questioning the appointment of non-Malays to key government posts.

“When there is no mutual respect and there is a breach of unity in diversity within the component parties of BN, the very foundations of BN have been challenged and threatened,” the statement said.

Last week, Nazri had asked MCA why it was still in the BN despite previously criticising the coalition and adopting a resolution to seek its dissolution.

Responding to the joint statement, Nazri said the two parties were free to leave the coalition if they were not interested in being a part of the BN, the Star Online reported.

“I don’t think it is a loss,” he was reported as saying.