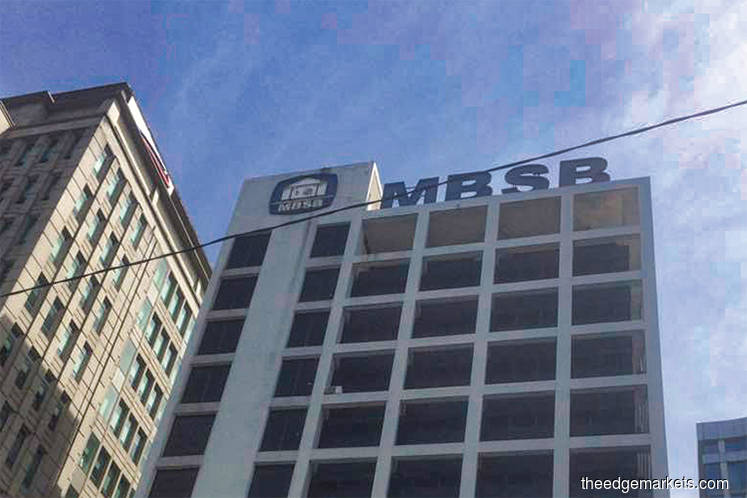 This brought earnings per share for the quarter down to 1.31 sen from 5.33 sen previously, MBSB's stock exchange filing today showed.

The increase in ECL was mainly because 1QFY18 had recorded a writeback as a result of staging improvement from stage 2 to stage 1, MBSB said.

According to the bank, financial assets with a 12-month ECL is recognised in "Stage 1", while those which are considered to have a significant increase in credit risk are in "Stage 2", and those for which there is objective evidence of impairment and are considered impaired are in "Stage 3".

"Despite the ongoing challenges including the impact of higher expected credit losses, we are registering stable growth in revenue, net operating income and still maintained a cost-to-income ratio of 26.34% which is below the industry average," said group president and chief executive officer Datuk Seri Ahmad Zaini Othman in a statement today.

On 2019 outlook, Ahmad Zaini said while the Malaysian economic condition remains challenging, the group will remain focused on expanding its banking capabilities. "With this, the bank's technology transformation shall continue to be in the centre stage. On another front, we also aim in increasing our fee income based activities to make up 35% of its income by end of 2020."

Barring any unforeseen circumstances, the group expects its prospects for the year to be satisfactory.

At 2.55pm, shares in MBSB were down 1 sen at 96 sen today, giving the group a RM6.13 billion market capitalisation.