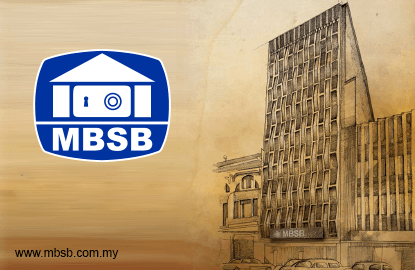 Affin Hwang said, "It is still preliminary and there could be potential write-offs of the loan book subsequent to due diligence exercises, which is likely to follow suit. In our view, the objective of the merger is to enable MBSB to change its business direction and expand as a banking entity."

"We are not too optimistic [about] the merger, as previously there have been other merger discussions between Bank Muamalat and other parties that were unsuccessful," Affin Hwang said.

On MBSB, Affin Hwang said it maintained its "hold" call for the stock with an unchanged target price (TP) of RM1.80.

Shares in MBSB and DRB-Hicom rose among Bursa Malaysia's top gainers on news that Bank Negara Malaysia has approved the merger negotiations.

Public Investment Bank Bhd said it was keeping its "outperform" call on DRB-Hicom shares with a TP of RM2.17.

Commenting on the deal, Public Investment said DRB-Hicom derived 7.7% of its revenue from the banking segment for financial year ended March 31, 2015.