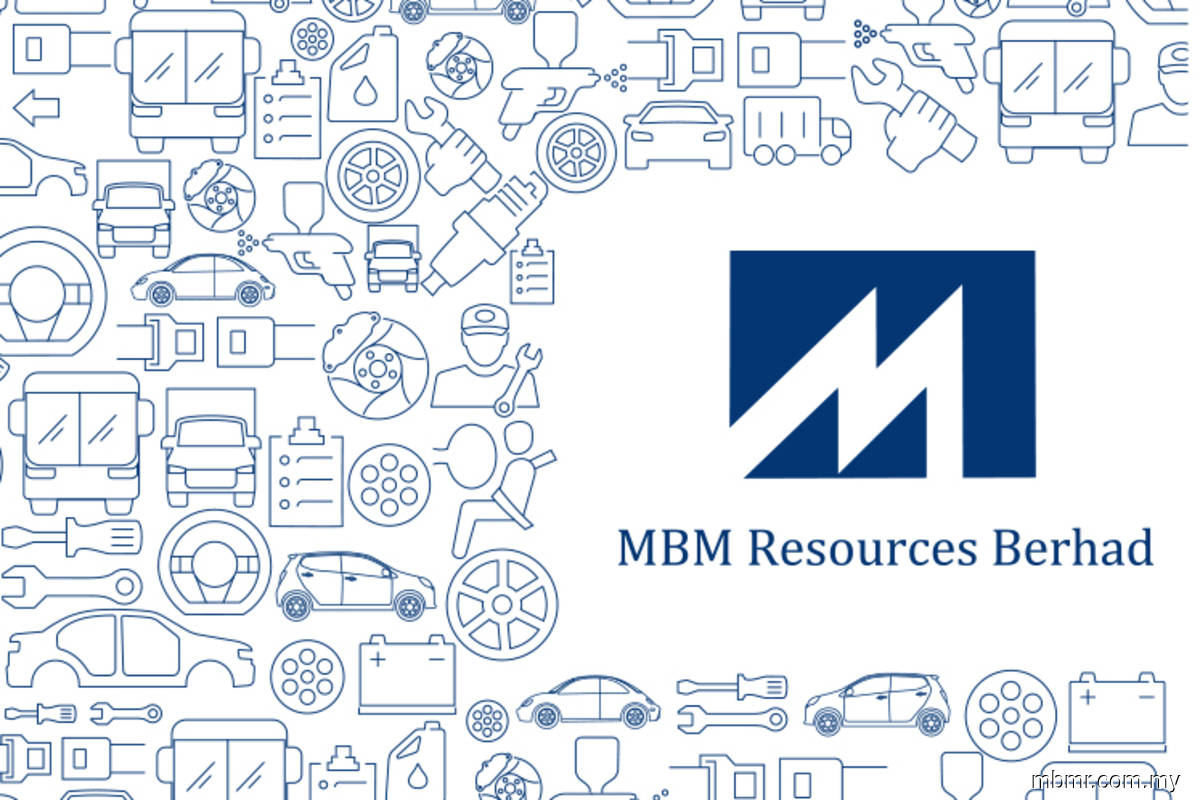 KUALA LUMPUR (Aug 25): MBM Resources Bhd has announced a 16 sen dividend — comprising a first interim of six sen and a special dividend of 10 sen — over three times the five sen payout it announced in the corresponding quarter last year, following a more than fourfold increase in its net profit for the second quarter ended June 30, 2022 (2QFY22).

The dividend is to be paid on Sept 30, its Bursa Malaysia filing on Thursday (Aug 25) showed.

The automotive group's 2QFY22 net profit jumped to RM74.06 million from RM16.63 million in 2QFY21, driven by higher vehicle demand amid the sales and services tax exemption given for passenger vehicles, and as share of results from associates jumped 330%, while joint ventures' contribution climbed 121.5%.

The significant profit growth was also due to a low base effect, as 2QFY21 was affected by Movement Control Order, and a one-off RM8.1 million net gain on the disposal of its remaining plant and machinery at its alloy wheel plant, the group said.

MBM Resources said it group sold 5,966 units of vehicles in 2QFY22, 10.5% more than in 1QFY22, whilst service throughput recorded a 12.2% growth in 2QFY22, with a total vehicles serviced at 58,629 units. Its production volume also improved with a growth of 10% compared with in 1QFY22, despite facing a shortage of chips and inconsistent supplies from some vendors.

"Given these challenges, coupled with the material price increase and the appreciation of the US dollar, we remain cautiously optimistic of the group's performance in the coming quarters, which will be driven mainly by the current high unfulfilled orders and sales push by industry players towards a total industry volume beyond 630,000 units this year," it said.

The group is also expecting the higher target volume set for the second half of the year, particularly by Perodua, to cushion the impact of lower margins from the escalation of material price and unfavourable US dollar exchange rate.

"In addition, we will continue to focus on improving our revenue contribution, mainly from the aftersales operations through cross-selling programmes and the body and paint business," it said.

It will also continue to manage costs through process improvement and rationalisation exercises.

Shares in MBM Resources ended four sen or 1.23% higher at RM3.29 on Thursday, giving the group a market capitalisation of RM1.29 billion.