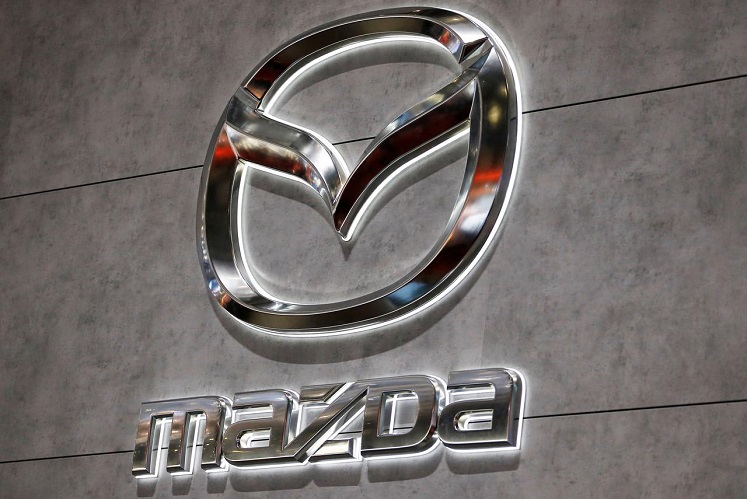 TOKYO (May 14): Mazda Motor Corp said annual profit slid to an eight-year low and that the coronavirus pandemic had resulted in a large build-up in its US car inventories, hobbling efforts to improve its cash flow.

Japan's No. 5 automaker refrained from giving an earnings forecast for this business year and confirmed it had tapped lenders for loans to ride out the outbreak which has pummelled car demand worldwide.

Annual operating profit almost halved to 43.6 billion yen (US$408 million) for the year ended March, which includes a 10 billion yen virus-related hit. That was, however, far better than a Refinitiv consensus estimate of 25.7 billion yen in profit.

Shelter-in-place orders in the United States, Mazda's biggest market, have left its dealerships unable to sell cars. Shipments from Japan also remain parked at US ports, which need to be sold before production at home can return to pre-virus levels, said Akira Koga, a senior managing executive officer.

"By improving our inventory situation, we need to recover our cash flow position as soon as possible," Koga told a results teleconference.

Mazda had a negative free cash flow of 92.7 billion yen (US$867.8 million) at the end of March, its fourth straight quarter of negative cash flow, albeit an improvement from a negative 139.3 billion yen at end-December.

It has sought 300 billion yen in loans from Japan's three megabanks and other lenders, a source with direct knowledge of the matter told Reuters last week.

Global automakers have begun to restart vehicle plants after weeks of closures, but anaemic demand, supply chain disruptions and social distancing measures at factories are expected to limit output in the coming months.

Some analysts believe industry-wide global auto sales could slump by a third this year and that any recovery will slow and patchy as job losses and reduced incomes weigh on consumer spending.

Mazda had been betting on its new CX-30 compact SUV crossover to freshen up a tired product range in North America and other key markets in the January-March quarter. Instead, its global vehicles sales tumbled 20% as many countries put in place lockdown measures.

Its global sales for the past business year dropped 9% to 1.42 million vehicles.

The coronavirus has also delayed construction work at a plant in Alabama to be jointly operated by Mazda and Toyota Motor Corp. Production, originally slated for the spring of 2021, is now expected to begin later that year.