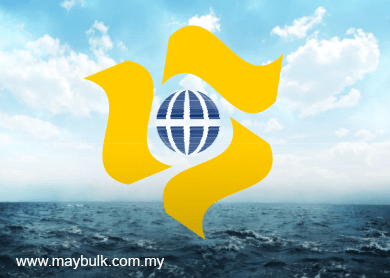 KUALA LUMPUR (July 20): Shares of Malaysian Bulk Carriers Bhd (Maybulk) were down 1 sen or 0.98% in the morning trades today, following an announcement to Bursa dated July 18, that its bulk carrier, MV Alam Manis, was evacuated at sea due to severe listing on July 17, with one fatality reported during the process.

Its current price gives the group a market capitalisation of RM1.02 billion.

Trading of Maybulk shares were suspended between 9am to 10am this morning.

Three days later, the vessel listed by 14 degrees starboard, when the cargo in two of the holds started to shift due to heavy weather and adverse swell, while approximately 225 nautical miles south east of Taiwan.

The group said it is rendering all necessary assistance to affected personnel and their families, and that the incident is unlikely to have a material impact on the group's earnings.