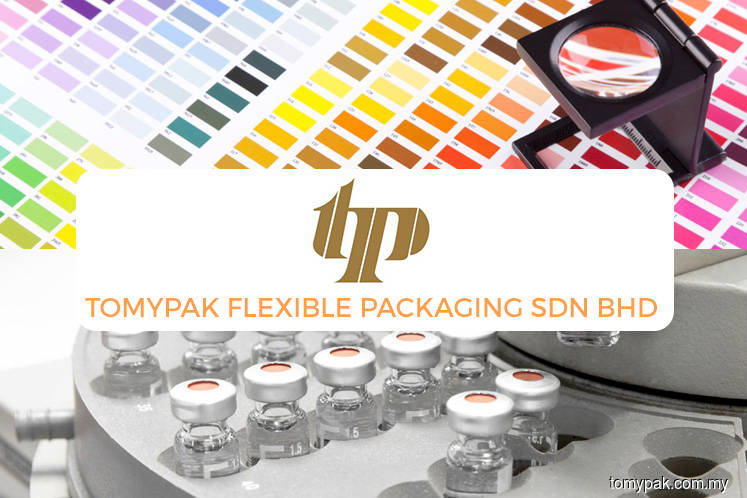 In a note today, the research firm projects Tomypak’s profit margin to improve further in FY19 due to the downward drift in resin prices since October 2018, which have fallen on average 8% to 10%.

“The decline has largely been due to weakening crude oil price and the on-going trade war between the US and China. Our petrochemical industry analyst expects petrochemical prices to remain under pressure this year due to distortions in the global supply-chain.

“We believe Tomypak will net benefit (considering weaker Ringgit) from the time lag between cheap raw materials and competitive selling prices,” it said.

Maybank IB Research also projects the group to report more than 100% year-on-year jump in 4QFY18 core net profit to RM1.2 million, which is expected to release end of this month, from a net loss of RM1.6 million in 4QFY17 on recognition of reinvestment allowance.

“Tomypak’s earnings have declined in recent years having been impacted by high start-up and raw material costs. With its relocation plans at tail-end and raw material prices trending down, the worst is over, in our view. With earnings on the rebound, risk-reward has turned balanced,” it added.

The research firm has upgraded the stock to a “hold” call, with a higher target price of 70 sen.