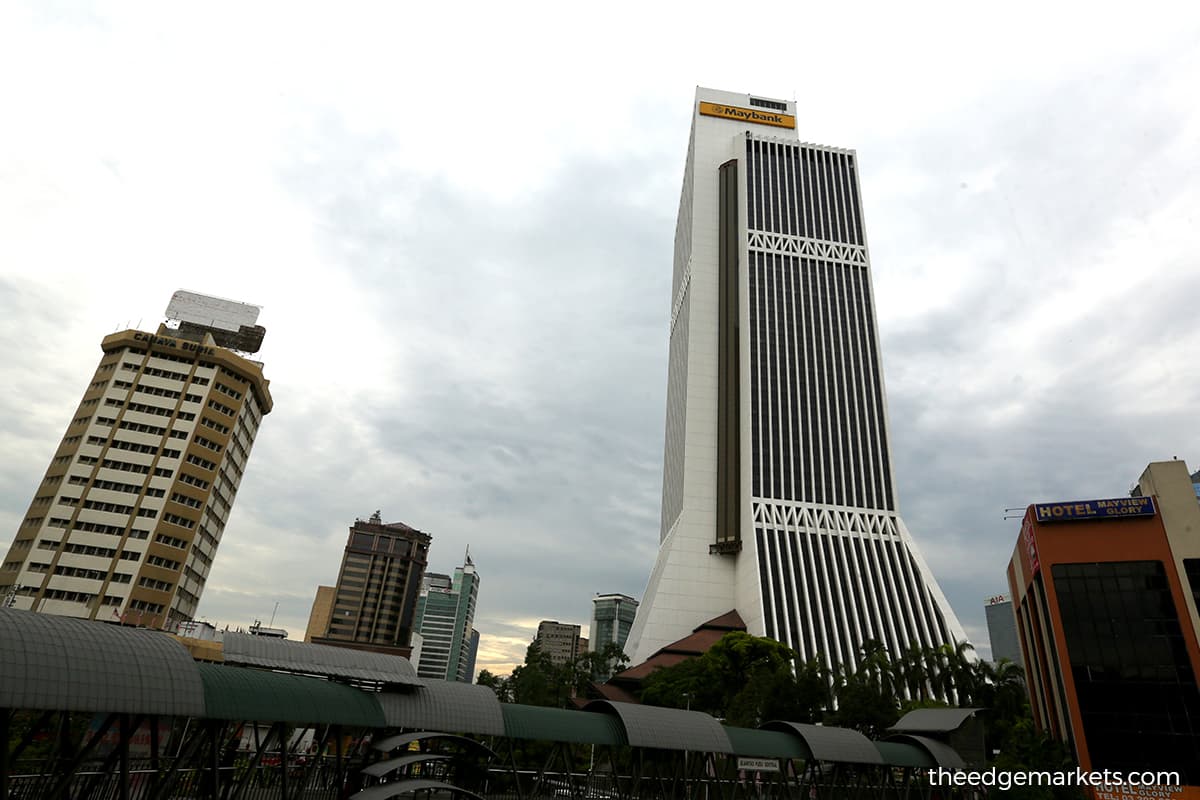 KUALA LUMPUR (Aug 28): "Surprised" and "disappointed". Both terms sum up analysts' sentiment when Malayan Banking Bhd (Maybank) did not declare dividends for the second quarter ended June 30, 2020 (2QFY20) as per the norm in previous years.

MIDF analyst Imran Yassin Yusof said MIDF was surprised that Maybank did not announce any dividends for 2QFY20, as had been its norm for the past few years.

"Most of all, we are disappointed that there were no dividends in the quarter as per norm in previous years. In our opinion, this could be due to the uncertain conditions and possibly the management’s intention to preserve capital in light of this.

"Hence, we are slashing our dividend expectations to a payout ratio of 40%, which is the lower bound of its dividend policy," Imran said.

For the first half of FY20, Maybank said cumulative net profit fell to RM2.99 billion from RM3.75 billion a year earlier, while revenue was lower at RM25.01 billion versus RM26.03 billion.

News reports, quoting Maybank president and chief executive officer Datuk Abdul Farid Alias, reported yesterday that despite the harsh economic climate, Maybank is committed to keeping its dividend policy, with a payout ratio between 40% and 60% of its net profit.

It was reported that there was no interim dividend proposed 1HFY20 as Maybank, according to Abdul Farid, is “just beginning to emerge from the pandemic”.

At this price, the bank is valued at RM82.4 billion.