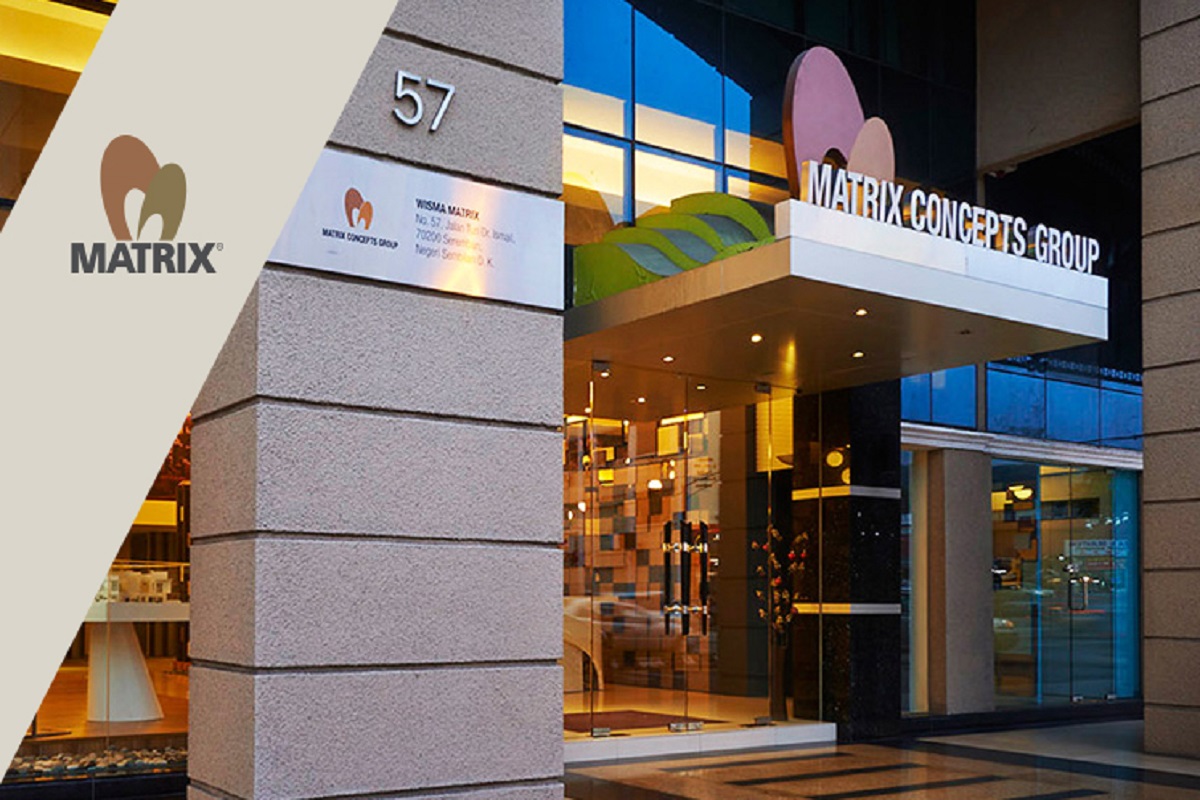 The property firm attributed the improved earnings to the group's expedited construction activities and new property launches, as operating conditions improved while various states entered Phases 3 and 4 of the National Recovery Plan in August 2021.

In addition, its unbilled sales of RM1.1 billion as at Sept 30, 2021 provided earnings visibility over the next 12 to 15 months, the group noted.

On a yearly basis, Matrix Concepts' net profit, however, was 31% lower compared with RM75.06 million in the previous corresponding quarter, due to lower margins from its latest development series of Laman Sendayan 1 & 2, which are currently in the early phases.

Its revenue declined by 8.6% year-on-year against RM262.01 million a year earlier. The group noted its revenue remained healthy despite the impact of the MCO 3.0 and FMCO for about six weeks, as the group expedited its construction activities after restrictions on the sector were lifted in August 2021.

"Meanwhile, contribution from the group's Klang Valley development project decreased by 17.8% to RM10.6 million from RM12.9 million previously, while the group's Bandar Seri Impian developments in Johor saw a 72.1% decline to RM10.1 million from RM36.2 million last year, impacted by the MCO from June to August 2021.

"The group continued to benefit from the unabated market demand for well-priced, quality landed homes, with 81.8% or RM195.9 million of its revenue for the quarter derived from the residential property segment. In addition, revenue generated from the sales of industrial properties increased to RM30.6 million from RM26.7 million last year," it noted.

Nonetheless, the property developer revealed that its net margin dropped to 21% from 28% in the previous year's corresponding quarter.

It said this includes improvement to amenities and infrastructure to support vibrant community living, as well as land banking efforts to expand future launch pipelines.

"To enhance long-term sustainability in the property development segment, the group has embarked on diversification of its revenue stream beyond Negeri Sembilan and Johor by expanding its domestic project portfolio to Klang Valley, and internationally, to Melbourne, Australia and Jakarta, Indonesia," Matrix Concepts said.

The group added it remains cautiously optimistic about maintaining healthy performance for FY22, backed by encouraging demand for ongoing developments, the extension of Home Ownership Campaign until Dec 31, 2021 by the Housing and Local Government Ministry, and low interest rate environment.

At the 12.30pm break, Matrix Concepts's share price was unchanged at RM2.20, with some 43,000 shares changing hands. The stock has climbed 22% year-to-date, giving it market capitalisation of RM1.84 billion.