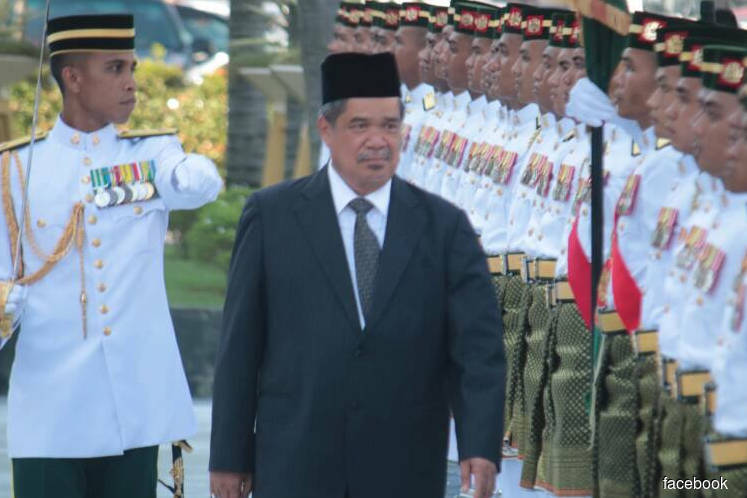 KUALA LUMPUR: Defence Minister Mohamad Sabu (Mat Sabu) said it is up to the cabinet to decide whether or not to make public the findings of an investigation into the controversial land deals involving the ministry.

Mohamad said the cabinet will determine if the six-month study, by the special investigation committee on procurement, governance and finance headed by former auditor-general Tan Sri Ambrin Buang, will be tabled in the Dewan Rakyat and hence made public.

“The committee has submitted its preliminary report, particularly on the land swaps, and it has been tabled at a cabinet meeting,” he told the Dewan Rakyat yesterday.

“The cabinet will decide whether the report can be distributed to members of parliament and made public,” he said in reply to a question by Chan Lih Kang (PH-Tanjung Malim).

Mohamad added that the land swap case is currently still under investigation by the Malaysian Anti-Corruption Commission (MACC) and thus he cannot comment on the matter.

Last month, Mohamad revealed that the committee had found that there were losses in excess of RM500 million over 16 land swap projects involving 1,286 hectares of the ministry’s land worth RM4.756 billion, and involving development costs of RM4.886 billion.

Replying to a supplementary question by Ramkarpal Singh (PH-Bukit Gelugur), Mohamad said his ministry is ready to work with any investigation authorities, including French authorities, with regard to the probe on the 2002 Scorpene submarine deals.

“Cooperating with any authority investigating a case has always been our government’s stand,” he said.

Ramkarpal asked if the government would cooperate with French investigators in the probe, considering that murdered Mongolian national Altantuya Shaariibuu’s name was mentioned in the investigation.

“Her name was revealed in the Scorpene sale contracts.

“So there is a possibility that she was involved in the deal, which is now under a graft investigation,” he said.

Last November, the MACC reopened its probe into the procurement of two Scorpene-class submarines.

The deal was made in 2002 during former prime minister Datuk Seri Najib Razak’s tenure as defence minister.

It is alleged that the purchase of the two submarines led to the financial enrichment of those involved in their procurement, at the cost of the Malaysian taxpayer.