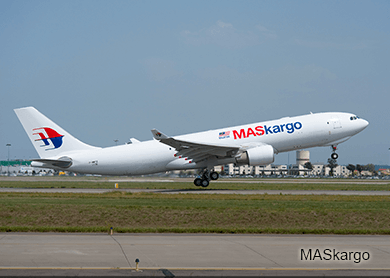 This is MASkargo’s third expansion in the South Asian region this year after Hanoi, Vietnam in April and Bangalore, India in May.

"The first freighter flight to Dhaka has achieved considerable success with both inbound and outbound flight recording full capacity utilisation.

"Dhaka is a significant exporter of perishable products, garments and seafood and MASkargo prides itself in its capability to link Bangladesh with its global trading partners," it added.

MASkargo’s freighter services expansion comes amid the winding down of its parent company MAS which will cease trading on Sept 1.