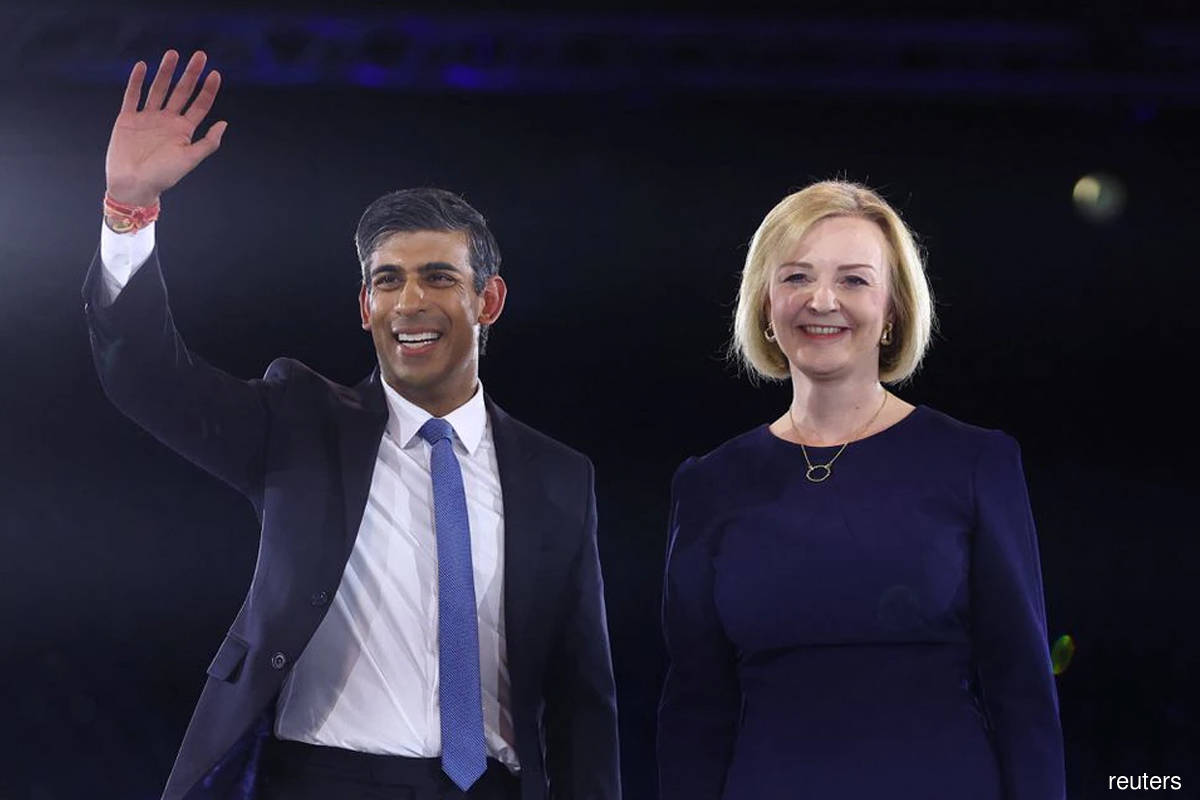 (Sept 5): A currency near the lowest in decades, an unprecedented surge in government borrowing costs and record underperformance in domestic stocks — such is the dismal scene in markets that awaits Britain’s next prime minister.

The pound, already down nearly 15% this year versus the US dollar, just posted its worst monthly performance since the 2016 Brexit vote. Meanwhile, borrowing costs for businesses have jumped after six back-to-back rate hikes by the Bank of England, while expectations of further increases have shot up amid warnings that inflation will spiral further out of control.

One business lobby group has suggested that the country is already in the midst of a recession, pointing to rising energy costs. A decline in household spending and real wages has triggered a swathe of strikes across sectors as a cost-of-living crisis starts to bite.

Once the winner of the leadership race — most likely to be Liz Truss — is announced at lunchtime on Monday, investors will be watching closely to see whether policies implemented will mitigate or exacerbate the rout in UK assets. Strategists fear Truss could borrow heavily to fund tax cuts, further damaging the UK’s balance sheet.

“She will pick up the economic baton at an incredibly difficult time and there’s already speculation — and some frailty in the pound — to suggest that she might just drop the baton,” said Steven Barrow from Standard Bank.

Here’s a snapshot of what’s happening in UK markets:

After a precipitous drop this year, cable is trading above US$1.15, less than two US cents away from its weakest level since 1985. A gauge of momentum called fear-greed implies that sellers are firmly in control of prices. The pound’s weakness is raising the cost of imports, fuelling already-searing inflation.

The rate on two-year government bonds has surged past 3.1%, its highest since the global financial crisis in 2008, shattering investor hopes that the worst of the sell-off was over. Swaps linked to the BOE’s policy meetings show rate-hike expectations have jumped higher, implying the key rate will more than double from 1.75% before year-end.

The mid-cap FTSE 250 index — whose member companies are heavily dependent on the domestic economy — is on course for its biggest-ever annual underperformance versus the exporter-based FTSE 100. That’s as the blue-chip FTSE 100 continues to be supported by mining and energy firms that are getting a windfall from booming commodities markets, as well as exporters who benefit from sterling’s slide.

Tineke Frikkee, head of UK equity research at Waverton Investment Management, says the benefit of any reduction in taxes by a new PM will take time to come through. “We need to get past peak inflation expectations before we can see a reversal of trends,” she said via email. “Next year could prove to be a better year for the FTSE 250.”

Borrowing costs for blue-chip British companies have risen past 5% for the first time in more than a decade, as runaway inflation hammers the country’s corporate sector. The yield spread between sterling and dollar-denominated corporate bonds is the widest since 2014, reflecting particularly acute pressures in the UK.