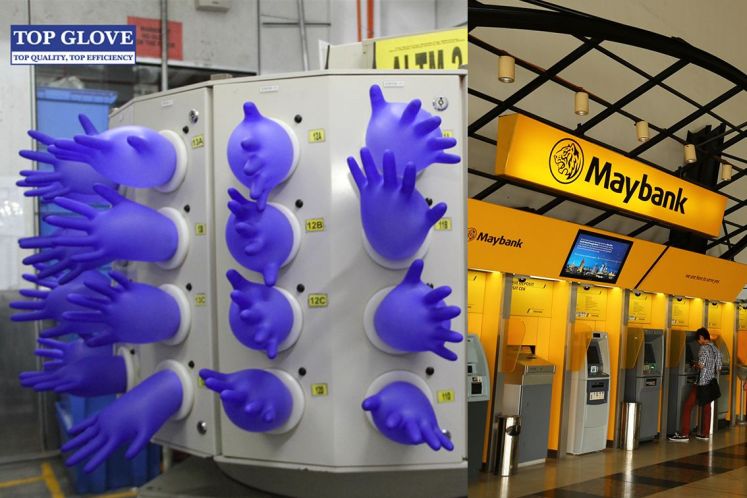 KUALA LUMPUR (Sept 25): Malayan Banking Bhd (Maybank)’s market capitalisation (market cap) has shrunk to below RM80 billion, as the selldown on banking stocks continued, which has further reduced the gap between Malaysia's most valuable company on the local stock exchange with the next in line, Top Glove Corp Bhd. Fortress Capital Asset Management (M) Sdn Bhd investment adviser and director Geoffrey Ng told The Edge that besides weak sentiment, there was no catalyst for investors to accumulate banking stocks. Recent political developments in the country also further weighed on the already weak sentiment, he said.

“The overall sentiment on banks is reflective of the expectation of lower corporate earnings. The current environment is marked by low interest rates, slower loan growth, and higher non-performing loans (NPLs). However this is not just restricted to Malaysia; listed banks in Singapore and Hong Kong are also facing similarly weak sentiment,” he added.

TA Investment Management Chief Investment Officer Choo Swee Kee, likewise, attributed the fall in Maybank and other banking stocks to poor sentiment, as investors are worried about the total impact of the loan moratorium on banks earnings, and as regional markets declined.

Is now a good time to buy in?

While the share price of Maybank now appears to represent "good value", Choo doesn't think the stock has hit bottom yet.

As for dividend payout, while Maybank withheld its dividend payout for the second quarter ended June 30, 2020 (2QFY20), which surprised and disappointed many, its president and chief executive officer Datuk Abdul Farid Alias has said the banking group is committed to keeping its yearly dividend policy with a payout ratio of between 40% and 60% of its net profit.

A fund manager, who declined to be named, said he is still attracted by Maybank’s dividend yield and the potential price recovery when the economy returns to normal once the pandemic is over.

“It suits a long-term dividend portfolio,” he said. Based on Bloomberg data, Maybank has an indicative dividend yield of 5.5%.