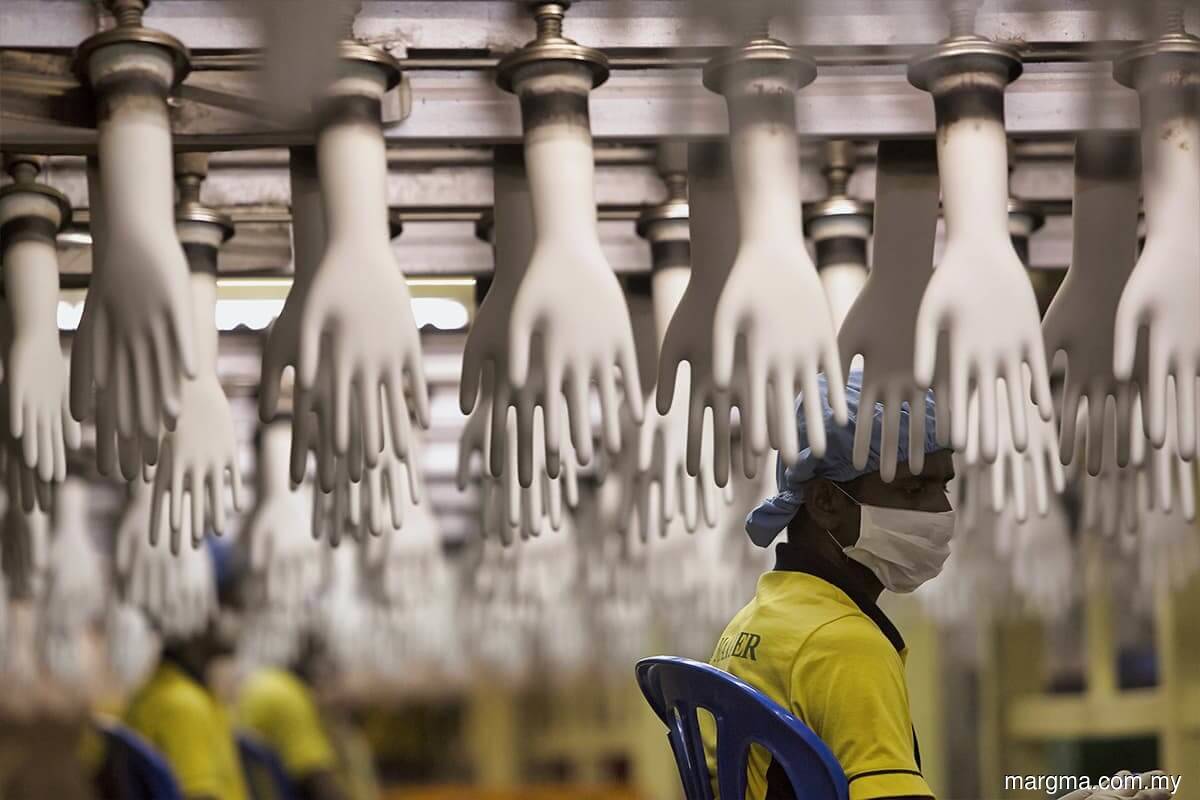 Out of the estimated global supply of rubber gloves this year, 67% of that will come from Malaysia, MARGMA told a virtual briefing on the industry's outlook today. Thailand is expected to provide 18% of the total, followed by 10% from China and 3% from Indonesia, it said.

Glove demand is expected to be robust until the second quarter of 2022 (2Q22) as new norms due to Covid-19 are expected to stay and sustain current elevated demand, said MARGMA president Dr Supramaniam Shanmugam.

“Post pandemic, we think, demand for gloves will still grow more than pre-Covid-19 rates, with an estimated annual growth of between 12% and 15%, compared with an annual growth of 8% to 10% before Covid-19. Overall, the situation looks robust for the glove industry,” said Supramaniam.

During the pandemic, glove demand surged to between 25% and 35%, he said.

Post pandemic, demand for gloves will continue to rise due to enhanced health awareness, increased use of gloves in industries such as the food and beverage (F&B) and aviation industries, and an ageing population.

The world will continue to face a glove shortage until 2023, said former MARGMA president Denis Low Jau Foo, given that manufacturers are currently still in an “oversold” position.

He also said average selling prices (ASPs) of gloves will not see a sharp decline because the majority of glove producers today, which have big government contracts, are facing difficulty in fulfilling the demand.

Meanwhile, the rubber glove industry is expected to invest up to RM3 billion annually for capacity expansion, research and development (R&D) and automation to reduce reliance on foreign workers, said Supramaniam.