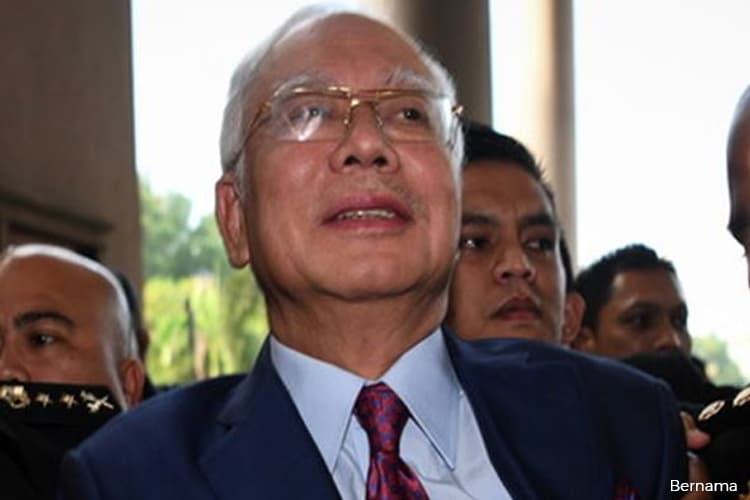 Deputy public prosecutor Rozaliana Zakaria told reporters that the date was fixed by deputy registrar Mahyuddin Mohmad Som  in chambers when the case came up  for management today.

It was also attended by lawyer Syahirah Hanapiah, representing Najib, who is also Pekan Member of Parliament.

"The application will be heard before judge Mohd Nazlan Mohd Ghazali at 9 am,” she said, adding that there was no objection by the respondent.

Rozaliana said the prosecution filed the application to transfer the case from the Sessions Court to the High Court last Feb 28 under Section 417 of the Criminal Procedure Code.

The application only involved Najib, adding that the prosecution had not received any instruction to transfer the case facing  former 1MDB chief executive officer Arul Kanda Kandasamy, who was charged with abetting Najib in the act, to the High Court.

On Dec 12, 2018, Najib pleaded not guilty to using his position to order amendments to the 1MDB final audit report before it was tabled to the Public Accounts Committee (PAC) to avoid any action against him.

He was charged, in his capacity as a public officer, which was as the Prime Minister, with using the position to obtain gratification for himself, which was to evade disciplinary, civil or criminal action against him in connection with 1MDB, by ordering alterations to the 1MDB final audit report before it was finalised and tabled to the PAC, where he directly had interest in.

The Pekan Member of Parliament was accused of committing the offence at the Complex of the Prime Minister’s Department, Federal Government’s Administrative Centre, the Federal Territory of Putrajaya between Feb 22 and Feb 26, 2016.

He was charged under Section 23(1) of the Malaysian Anti-Corruption Commission (MACC) Act 2009 and faced an imprisonment for up to 20 years and fine of not less that five times the amount of the gratification, or RM10,000, whichever is higher, if found guilty

Arul Kanda was charged with abetting Najib in making amendments to the report to protect the Pekan MP from being subjected to  disciplinary, civil or criminal action in connection with MDB, at the same place and time.

On Jan 4, Sessions Court judge Azura Alwi allowed the prosecution's application to have a joint trial for Najib and Arul Kanda.