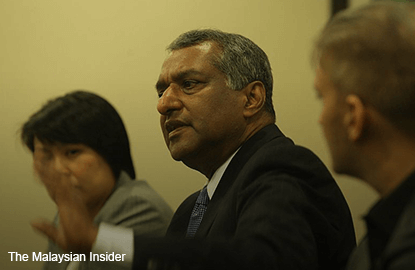 (Aug 18): Private hospitals cannot be the solution for medical graduates who have no placements for housemen training due to a string of issues, the Association of Private Hospitals Malaysia (APHM) told The Malaysian Insider.

Speaking on the supply of newly-graduated doctors exceeding the placements available for housemen in government hospitals, APHM president Datuk Dr Jacob Thomas said the association has had talks with the Ministry of Health (MOH) and the Malaysian Medical Council on the matter of housemen in private hospitals but there is an impasse on a number of issues.

These include the question of who would indemnify trainee doctors against medico-legal issues and concerns whether there would be adequate supervision of housemen in private hospitals.

"Who will indemnify these trainee doctors against any mishaps or medico legal issues?

"Private hospitals might also want to interview and select the housemen they want to allow to be trained," he said.

Dr Thomas added there were also issues over payment, such as who would remunerate the specialists who had to teach and take these housemen on ward rounds.

"Will these specialist be paid?

"Private hospitals manage with just sufficient staff, so additional medical officers and housemen on the payroll will incur higher expenses and result in increased private healthcare costs and higher patient charges," he added.

Deal with root cause

Many graduates held qualifications from recognised medical colleges overseas and their number has increased from 877 in 2008 to 1,600 in 2011.

To Dr Thomas, one of the root causes of the problem of insufficient housemen placements was the high number of medical graduates each year.

This led to the issue of quality control, with the capabilities of graduates requiring further scrutiny, he added, because medical schools have mushroomed.

"Maybe some colleges should merge. We had a shortage of doctors in the past and had targets to meet.

"So, many medical schools mushroomed, but now it has to be re-looked once more. This problem will never be resolved otherwise," he said.

The Health Ministry is open to having private hospitals provide housemen training to graduates, as long as they fulfilled certain criteria, the ministry's director-general Datuk Dr Noor Hisham Abdullah said.

He said the ministry had already raised the possibility of implementing housemen training in private hospitals but said it needed to be explored further.

"This  needs  further  study  in  terms  of  acceptance  by  patients  and  its  long-term  viability," he told The Malaysian Insider in an email reply.

The criteria to be a houseman training centre includes the hospital having at least six basic specialist services, including internal medicine, paediatrics, general surgery and orthopaedic.

It must also have an adequate clinical workload and mix of cases in order to provide substantial exposure of different medical scenarios to housemen.

The hospital is also required to pay the salary of house officers as well as bear medical indemnity insurance to cover any medico-legal issues.

"There is also the acceptance of private patients to be examined by house officers, as  they (patients) are usually those who prefer privacy and pay higher fees to be seen and treated by specialists," Noor Hisham said.

The Malaysian Insider had earlier reported the DG as saying that training spots were tight because 30% of housemen do not finish their training in the stipulated period of two years.

Noor Hisham had explained that some of these house officers did not complete their training in the required time frame for various reasons, such as being on leave, their inability to complete their logbook, as well as absenteeism from work without approved  leave and incompetency.

"Currently, the percentage of housemen who do not complete their housemanship training  within the stipulated period is quite acceptable as it is not merely due to competency  issues.

"However, MOH is working on various mechanisms to reduce this percentage," he said. – The Malaysian Insider