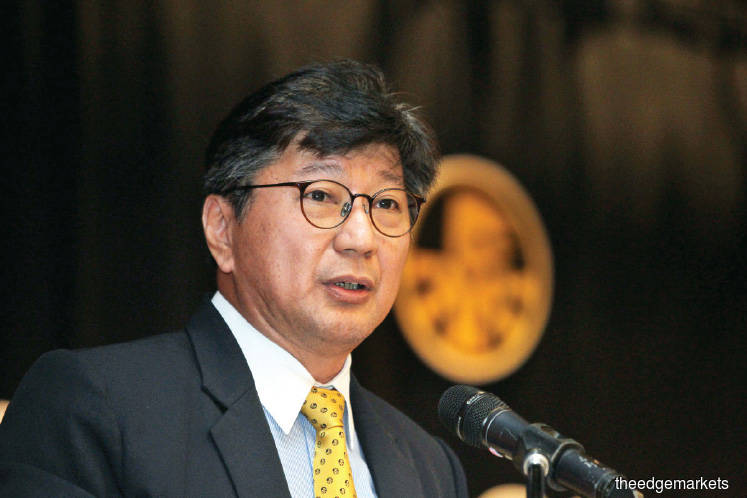 Soh says only 29% of the survey respondents are projecting a pickup in business activities. Photo by Suhaimi Yusuf KUALA LUMPUR: Malaysian manufacturers are bracing for slower months ahead as business activities in the domestic manufacturing sector dipped in the first half of 2019 (1H19) to the lowest since 2012.

Soh was speaking at a press conference here yesterday, in conjunction with the release of the FMM-Mier Business Conditions Survey for 1H19.

Citing the latest Business Conditions Survey which involved 509 respondents across 16 industry sub-sectors, only 29% of the respondents are projecting a pickup in business activities, according to Soh.

Furthermore, the index for expected production and expected capacity utilisation lost five and four points respectively, both to 105, suggesting a slowdown in volume and a build-up in excess capacities in the months ahead.

The survey, carried out jointly with the Malaysian Institute of Economic Research (Mier), revealed that the general business activity index for 1H19 fell 29 points to 78 from 2H18, the lowest reading since the survey’s inception seven years ago.

He said weak demand resulted in a 34-point decline in the export sales index to an all-time low of 73, while the production barometer plummeted 29 points to 82, its lowest reading since 1H12.

Most manufacturers are hoping that in Budget 2020, slated for tabling on Oct 11, corporate tax rates could be reduced to stay competitive with neighbouring countries such as Singapore and Thailand at 20%, besides proposals for general tax incentives, deductions and relief for the sector.

“Solving the debt issues is the government’s first priority. But the manufacturing sector would also like stable [business] conditions [through] the government’s provision of right policies [to help create a] business- and investment-friendly climate,” said Soh.

FMM council member Tan Sri Saw Choo Boon, who was speaking alongside Soh, said that FMM recognises the government’s situation and suggested the corporate tax reduction be done in due course instead of immediately.

“We recognise that in addition to the high debt, the government’s tax base has also been reduced with the introduction of the sales and services tax (SST). Perhaps the government could make changes in SST to increase the tax base ... or they could reduce their operating expenses.”

“I believe the government is putting a lot of effort in reducing wastage and leakage. If so, more will be moved (channelled) to development budget. This is what our industry and the private sector are looking for — that the government plugs all the leakages,” Soh added.

Further, manufacturers called for lower levy on foreign workers, who should also be made to share the levy burden, ease of employment and policy clarity, the survey showed.

Malaysia’s signing of free trade agreements, including that with the European Union, the Regional Comprehensive Economic Partnership and the Comprehensive and Progressive Agreement for Trans-Pacific Partnership, were also recommended by respondents.