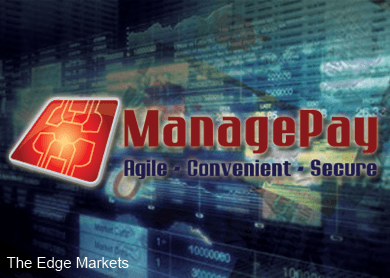 KUALA LUMPUR (Apr 27): ManagePay Systems Bhd rose as much as 4.5% as investors continued to buy the electronic-payment specialist's shares after it secured  two contracts in recent weeks.

Shares of ManagePay had risen 60% this year, outperforming the FBM KLCI's 6% gain. At 34.5 sen, ManagePay has a market capitalisation of RM138.9 million.

To recap, ManagePay had last February received a letter of award from Bank Negara Malaysia to issue electronic money (e-money).

Managepay said the contract with UnionPay was expected to contribute positively to ManagePay's earnings and net assets in the long term.

ManagePay's valuations are also worth noting. At 34.5 sen, the stock was traded at a price-earnings ratio of 93.24 times, according to Bloomberg data.

This compares to the sector average of 72.09 times.