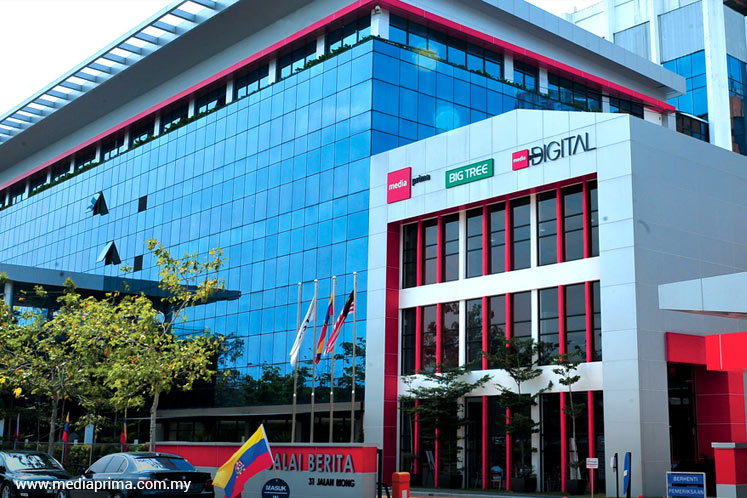 PETALING JAYA: Media Prima Bhd’s Datuk Seri Amrin Awaluddin will be stepping down from the group managing director (MD) position and Datuk Kamal Khalid will be taking over the top post at the media group, sources said.

The change of chieftain comes on the heels of the appointment of Tan Sri Ismee Ismail, the former group MD and CEO of Lembaga Tabung Haji, as the group’s non-executive chairman to replace Datuk Seri Fateh Iskandar Mohamed Mansor, the current CEO of Glomac Bhd.

“It is understood that Amrin will continue in the group as executive director and will take on a new role in a GLC (government-linked company) ... Media Prima’s group CFO (chief financial officer) Mohamad Ariff Ibrahim will also be leaving the group,” a source said.

“They have indicated before that they want to step down after the group’s transformation programme has stabilised and when it is timely to pass on the baton to the next in line,” the source which is familiar with the media group said.

Kamal, who is tipped to be taking over the driving seat, joined Media Prima in May 2009 after serving as the head of the communications unit at the Prime Minister’s Office from 2003.

A law graduate from University of Nottingham, Kamal had worked in the banking and private equity financing scene. He also spent three and a half years at the policy and development division of the local bourse and was an independent, non-executive director of Utusan Melayu (M) Bhd between 2004 and 2009.

In view of the challenging landscape, Media Prima has been undergoing a transformation programme in recent years.

Under his watch, Amrin, who was appointed as Media Prima’s group MD in September 2009, has steered the media group through the transformation programme to diversify its income as the media landscape turned challenging.

Media Prima fell into the red with a net loss of RM38.47 million in the first quarter ended March 31, 2017, versus a net profit of RM17.25 million for the previous corresponding quarter, amid subdued advertising expenditure (adex).

“The substantial decline in revenue was attributed to the continued subdued adex which was further affected by the low momentum after Chinese New Year,” Media Prima said in a filing with Bursa Malaysia.

“The outlook for the group is expected to remain challenging as traditional media remain pressured by prolonged weak adex and the industry faces increasing customer fragmentation, technological advancement and shift to digital media. Furthermore, new business initiatives implemented by the group in 2016 to diversify its revenue portfolio are expected to remain in gestation for 2017,” it added.