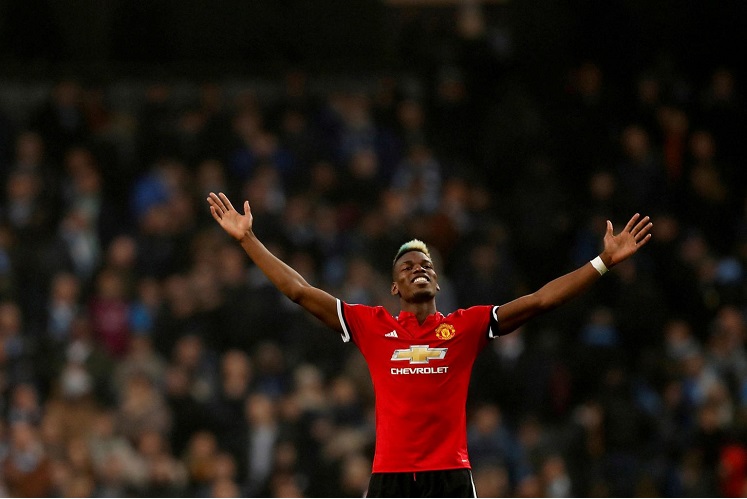 MANCHESTER, England (April 12): Paul Pogba's stint on the sidelines has made him more determined to succeed on his return from a layoff for a foot injury, the Manchester United midfielder has said.

Pogba's injury restricted him to eight appearances so far this season, but he was primed to return before professional football in England was suspended because of the COVID-19 outbreak.

"I've been frustrated, a long time ago. Now I'm almost there, so I'm just thinking about getting back and training fully with the team and everything," the 27-year-old said in an official club podcast.

"You think bad, but I've never had something like this in my career, so I always take it in a good way. It makes me more hungry to come back and do well."

The France international suffered a foot injury in August that he aggravated by continuing to play.

"I had a cast on it, a plaster-cast, so it went very well but too well.

"The bone got bigger and so, when I came back again, I played those two games against Watford and Newcastle, I could feel something again."

He underwent surgery in January and now cannot wait to return to action.

"So I had to have an operation and now here I am. I don't feel anything, and, hopefully, I'll be back very soon."