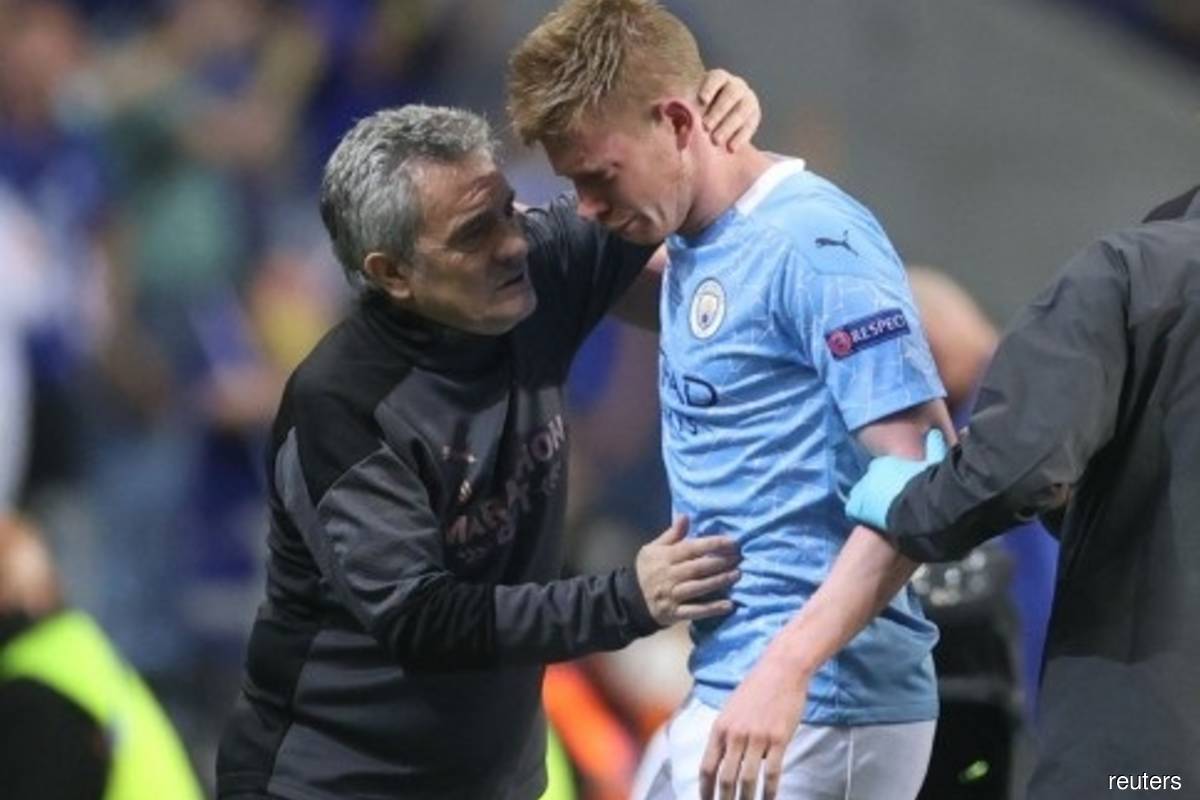 (May 30): Manchester City playmaker Kevin De Bruyne fractured his nose and a bone around his left eye socket in Saturday's Champions League loss to Chelsea, the 29-year-old said on Sunday.

The Belgium international had to go off on the hour mark with a concussion injury in City's 1-0 defeat at Porto's Estadio Do Dragao, after an accidental clash with Chelsea defender Antonio Rudiger left him on the ground.

"Hi guys just got back from the hospital. My diagnosis is acute nose bone fracture and left orbital fracture," De Bruyne, who had well below his normal level of impact on the game, wrote on Twitter.

"I feel okay now. Still disappointed about yesterday obviously but we will be back."

De Bruyne did not give a timeline for his return to action, with Belgium set to play their opening European Championship fixture against Russia at St Petersburg on June 12.