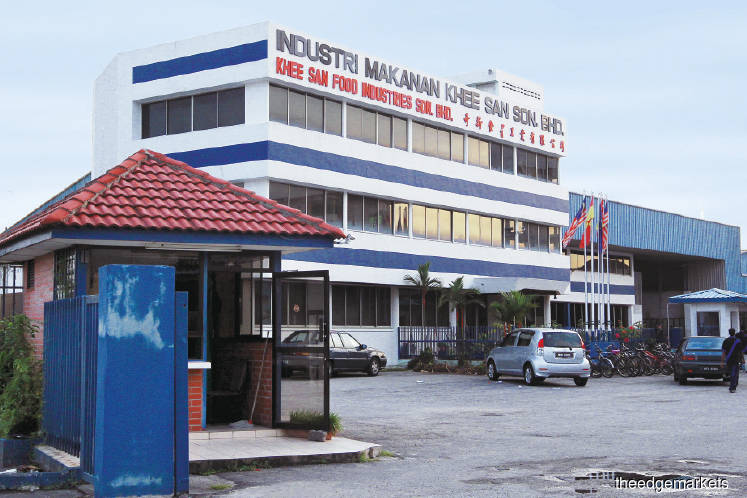 Mamee-Double Decker intends to maintain the listing status of Khee San upon completion of the MGO. The Edge file photo

KUALA LUMPUR: Snack manufacturer Mamee-Double Decker (M) Sdn Bhd, which was once listed on Bursa Malaysia, is buying into financially strapped Khee San Bhd through share placement, which will be followed by a cash call.

Mamee-Double Decker intends to take up 94 million new shares, representing about 45.11% of the candy manufacturer’s enlarged issued capital, at 25 sen each. Consequently, it will be obliged to extend a mandatory general offer (MGO) for the remaining Khee San shares that Mamee-Double Decker has not already held.

It should be noted that Mamee Double-Decker intends to maintain the listing status of Khee San upon completion of the MGO.

Khee San also cautioned shareholders that the MGO will only be triggered upon the subscription agreement being declared unconditional as approvals are required for the massive share placement.

Khee San’s share price closed at 30.5 sen on Monday before the announcement. The penny stock climbed nearly 20% after the news on the emergence of a new shareholder who is expected to pump in fresh capital. It closed at 36.5 sen yesterday, valuing the company at a market capitalisation of RM34.89 million.

Upon completion of the share placement to Mamee-Double Decker, Khee San said in a filing with Bursa Malaysia that it will undertake a one-for-one renounceable rights issue of 208.4 million new Khee San shares at an indicative 18 sen each.

According to Khee San, the candy maker had on Monday entered into a subscription agreement with Mamee-Double Decker for the private placement of the 94 million new shares.

Based on the subscription price of 25 sen per share plus the rights issue at the indicative issue price of 18 sen each, Khee San is expected to raise RM61 million fresh capital.

Johor-based Khee San revealed that the fresh capital would be used to reduce its debt and finance its working capital needs.

Khee San is principally involved in the manufacturing of candy and wafer product with key brands being Fruitplus range of chewy candies and Torrone Barley Mint hard candies. Meanwhile, Mamee-Double Decker is an established household name in the food and beverage industry, serving over 50 products such as MAMEE Monster snack, Mister Potato Chips, and MAMEE Chef in over 100 countries worldwide.

“Following Mamee-Double Decker’s entry as the controlling shareholder of Khee San, strategic benefits are expected to be derived in view that both groups have established brands in the food and beverage industry, serving different market segments.

“As such, Khee San group and Mamee-Double Decker may potentially leverage on each other’s extensive network of suppliers, distributors and customers to market their respective products, thereby increasing their market presence,” said Khee San in the filing.

“Barring any unforeseen circumstances and subject to all required approvals being obtained, the proposals are expected to be completed in the first half of 2020,” Khee San said.

UOB Kay Hian Securities (M) Sdn Bhd has been appointed adviser for the proposed share placement and rights issue. UOB Kay Hian is also the agent for the placement of the 94 million new shares in Khee San to Mamee-Double Decker.