Malton says not in talks with EPF, Dalian Wanda on Bandar Malaysia 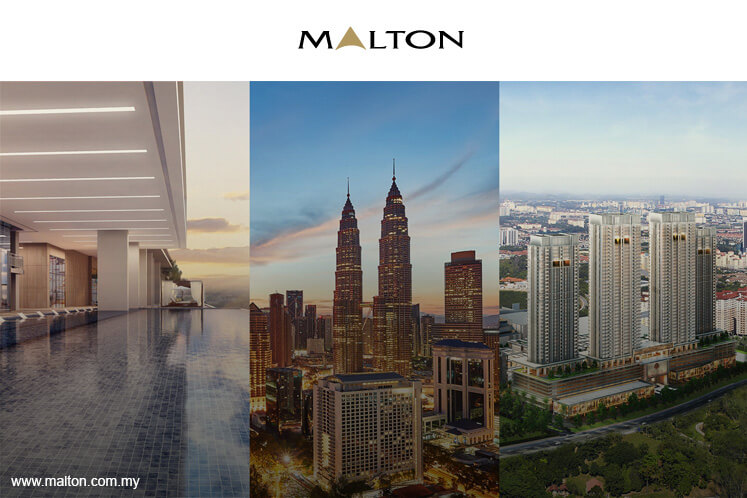 KUALA LUMPUR: Malton Bhd says it is “not” in talks with the Employees Provident Fund (EPF) and China-based Dalian Wanda Group Co Ltd to jointly bid for the Bandar Malaysia property project within the old airport site in Sungai Besi here.

“We refer to the news article which appeared in The Star on May 6, 2017 entitled ‘Malton Group, Dalian, EPF to team up for job?’

“The company (Malton), after due enquiry with its directors and major shareholders, wishes to inform that it is not in any discussion with the parties mentioned in the bidding for the Bandar Malaysia project as reported,” Malton said in a statement to Bursa Malaysia yesterday in response to a news report on the speculation.

Malton shares, which hit an intraday high of RM1.89 yesterday after climbing 34 sen, settled five sen lower at RM1.50 at market close, with a market value of RM777.49 million. The stock saw some 37.6 million shares traded.

The proposed Bandar Malaysia on a 194.4ha plot is in the spotlight after Malaysian government-owned TRX City Sdn Bhd announced last Wednesday that its planned sale of a 60% stake in Bandar Malaysia Sdn Bhd to IWH CREC Sdn Bhd was “null and void with immediate effect”.

The government via the ministry of finance owns TRX City, a former unit of 1Malaysia Development Bhd (1MDB). The government also owns 100% of 1MDB.