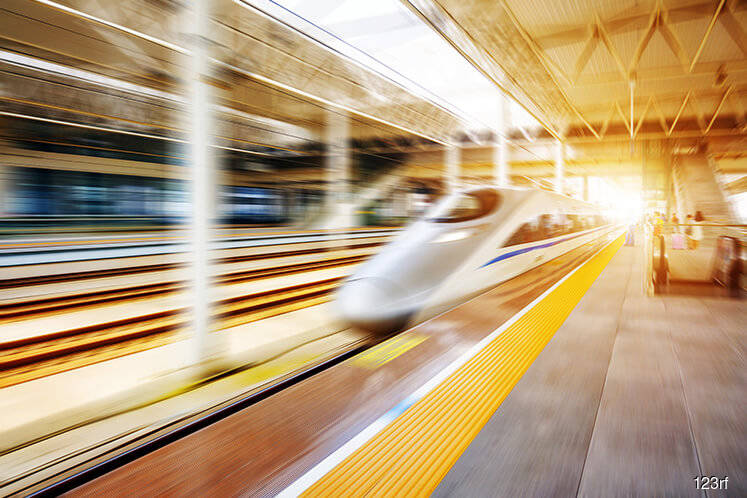 THE RM110 billion Kuala Lumpur-Singapore high-speed rail (HSR) project will be deferred for two years without penalty to either nation. Sources say the agreement, which will be in effect until May 31, 2020, was reached in a spirit of good neighbourliness as the Singapore government recognises the strain the project would place on Malaysia’s finances.

It is worth noting that the legally binding agreement between the two nations for the project, signed in 2016, contains no provisions for such a postponement.

Instead, Malaysia would have faced the prospect of paying RM500 million in penalties to Singapore as a consequence of cancelling the project outright, Prime Minister Tun Dr Mahathir Mohamad said in July.

On the Singapore side, agreeing to the deferment would not have been easy as it had already made significant investments for its part of the proposed rail link.

For example, the Singapore government acquired the decades-old Jurong Country Club in May 2015 for S$89.8 million and the Raffles Country Club last year for an undisclosed sum.

However, the deferment will resolve one major headache for the Pakatan Harapan government.

In a nutshell, proceeding with the project would put further strain on the country’s finances at a time when it is already grappling with lower tax income from abolishing the Goods and Services Tax.

Recall that soon after taking over from the previous government after GE14 in May, Mahathir’s new administration revealed that the true extent of the federal government’s debts and liabilities was far higher than previously disclosed.

With obligations of over RM1 trillion, the discrepancy is partly due to the previous government’s penchant for taking off-balance sheet loans and disguising the repayments as operating expenditure.

“The terms of agreement (for the HSR) are such that if we decide to drop the project, it will cost us a lot of money. We have entered into an agreement with Singapore.

“If we break the agreement, we have to pay a very large sum of money. So, we are going to find out how we can reduce the amount of money we have to pay for breaking the agreement,” Mahathir told The Edge in late May, in his first press interview after he was appointed prime minister for the second time.

At the time, the cancellation penalty of about RM500 million for calling the HSR project off was the key stumbling block.

In July, Finance Minister Lim Guan Eng told Singapore’s Straits Times that the Malaysian government had even received offers to build the HSR at half the cost, which shows that the current price tag is exorbitant.

Seen as Najib’s brainchild, the project was criticised as a potential white elephant, given the high price tag and a relatively low expected utilisation rate.

While the possibility of a high-speed rail link had been raised some years before, it was in February 2013 that both governments finally made it official. At the time, the estimated cost was RM40 billion.

At a joint press conference in Singapore, Najib and his Singaporean counterpart announced that both nations had agreed to move forward with the HSR link.

“It will usher in a new era of strong growth, prosperity and opportunities for both countries,” a joint statement at the time read.

The idea was to reduce the travel time between Kuala Lumpur and Singapore, which are 350km apart, to 90 minutes, a vast reduction from the normal travel time of up to eight hours by train or four to five hours by car.

However, the official alignment was later criticised as the train would bypass some major population centres in Johor and Melaka, adding travel time for would-be passengers.

Interestingly, the HSR was designed to terminate in Bandar Malaysia, the contentious development project that originated with controversial state-owned company 1Malaysia Development Bhd.