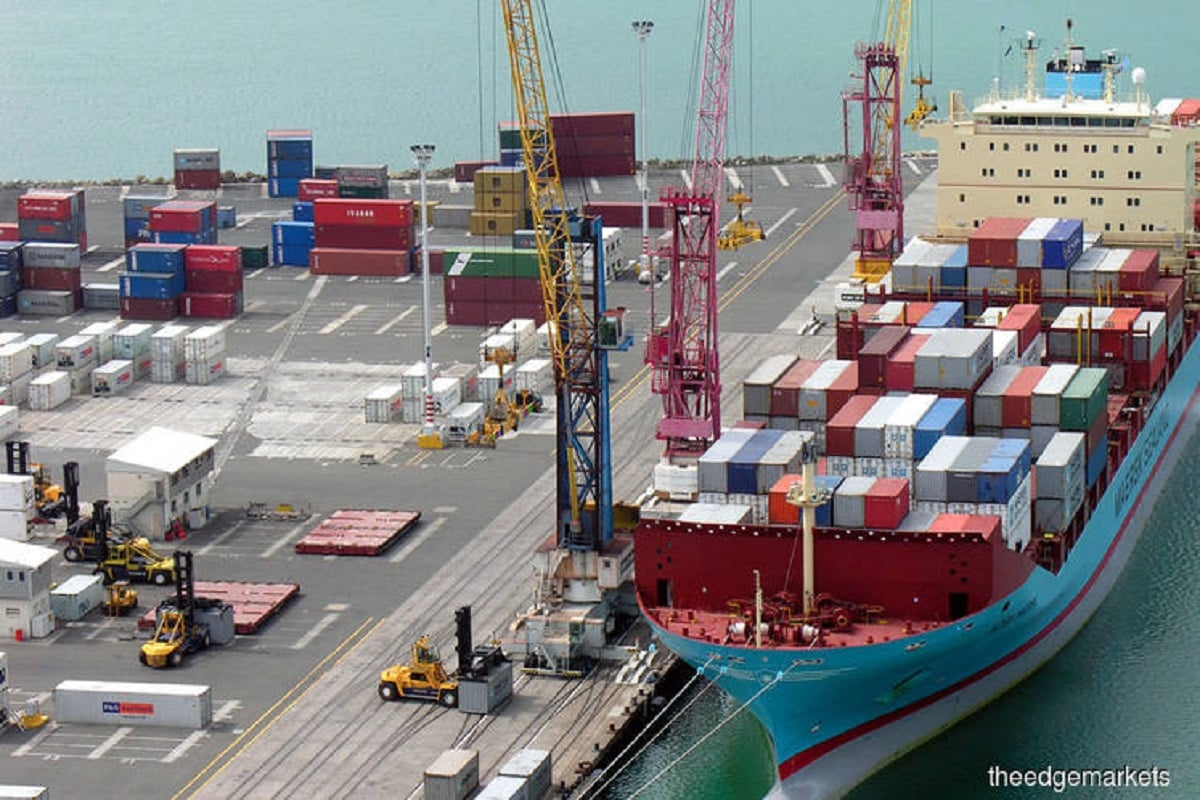 KUALA LUMPUR (Nov 27): Malaysia’s trade surplus in October 2020 widened to RM22.12 billion, registering a double-digit growth of 25.9% year-on-year (y-o-y), with it being highest trade surplus ever recorded for the month.

The Ministry of International Trade and Industry (MITI) said exports reached RM91.05 billion in October 2020, increasing by 0.2% compared to October 2019 and this was the third highest export value recorded thus far.

“The expansion was supported mainly by higher exports to the United States (US), China, India and the United Kingdom (UK),” it said in a statement today.

“Exports of manufactured goods in October 2020, which contributed to 87.8% of total exports, picked up by 2.5% y-o-y to RM79.94 billion, mainly due to higher exports of rubber and electrical and electronics (E&E) products,” it said.

“Exports dropped by 3.6% to RM25.73 billion owing mainly to lower exports of crude petroleum, petroleum products and manufactures of metal.

“The contraction, however, was moderated by higher exports of E&E products which increased by 18.5% or RM1.77 billion,” it said.

In addition, exports growth momentum to China continued, increasing by 4.9% to RM14.27 billion, mainly on higher exports of E&E products, iron and steel products, other manufactures (SSD), manufactures of metal, as well as rubber products.

Meanwhile, exports to the US recorded a double-digit growth for five consecutive months, expanding by 25.6% to RM11.23 billion in October 2020.

Exports of manufactured goods to Japan continued to increase by 6.9% to RM4.04 billion, mainly on higher exports of rubber products, petroleum products, as well as E&E products, it said.

“Exports to free trade agreement partners amounted to RM60.68 billion, decreasing by 2.4% while imports contracted by 9.2% to RM44.43 billion,’ it said.