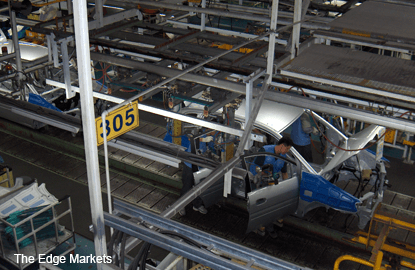 “The mining sector output contracted 1.1% in May 2016, as compared to the marginal growth of 0.6% registered in April 2016, mainly due to the 5.2% decrease in the crude oil index. The natural gas index however expanded by 4.5%," the department said.

Lower mining output had offset growth in the IPI's manufacturing and electricity segments, which expanded 3.6% and 9.6% respectively.

May industrial out rose on a month-on-month basis. The IPI rose 0.9%, driven by the 1.3% and 0.4% growth in mining and manufacturing output respectively. Electricity production, however, fell 0.8%.

For the five months ended May, the IPI grew 3.1% y-o-y, supported by the 3.9% and 9% expansion in manufacturing and electricity output. Mining production contracted 0.3% during the period.