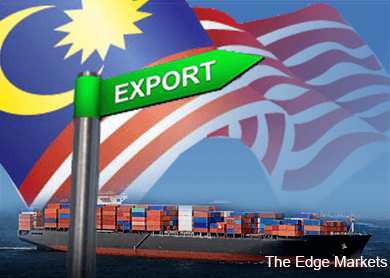 KUALA LUMPUR (May 7): Malaysian exports rose 2.3% to RM66.5 billion from a year earlier, driven by sales of electrical and electronic (E&E) besides timber-based products.

According to the Statistics Department's statement today, higher E&E and timber-product sales had mitigated the decline in sales of other commodities. These include oil and gas products, besides palm oil and rubber.

The export and import numbers had led to an increase in the country's total trade and trade surplus.

The country's March on-year export and import growth had beaten market forecast, based on a Reuters' survey.

Exports were forecast to fall 3.9% from a year earlier, the poll of 14 analysts showed.

March imports, however, likely edged higher to 1.0% due to slightly stronger consumer spending ahead of a consumption tax that went into effect on April 1.

The March on-year export growth compares with a 9.7% fall in February.