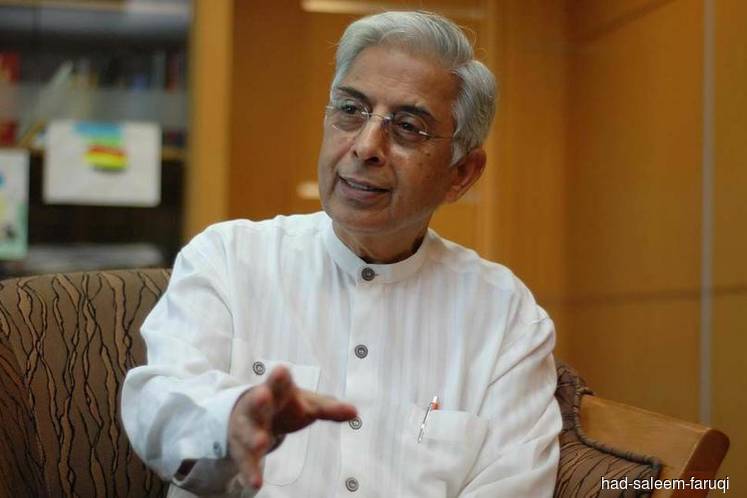 The judiciary, he said, continued to be plagued with fundamental issues affecting judicial independence and impartiality.

"The picture is mixed. There are currents and cross currents. However, now and then, there are warm rays of light that give hope that summer is nigh," Shad said when delivering the 5th Raja Aziz Addruse Memorial Lecture, which focussed on the 30th anniversary of the 1988 judicial crisis.

The event, held, in conjunction with the International Malaysian Law Conference, was attended by some 500 lawyers and judges including Chief Justice Tan Sri Richard Malanjum

Although the country is still recovering from the unprecedented  crisis that saw the removal of the then Lord President Tun Salleh Abas, Shad said: "Not all is lost, however."

"We have many activists, liberal and dynamic judges who give life to the law by reading it in the light of Constitutional ideals," he added.

Assessing the legal development since the crisis, Shad said a mature and fair evaluation is "not really possible" as the judiciary has delivered thousands of judicial decisions, some admirable and others forgettable.

"The 1988 judicial crisis gave birth to a number of other shameful tendencies in the judiciary that are too painful to acknowledge," he said.

Shad also took a jab at "some racial and religious bigots" for disregarding the Federal Constitution in questioning the appointment of Malanjum as the country's first non-Muslim Chief Justice recently.

"In the matter of promotion, there are regrettably no guiding principles. Seniority and legal acumen do not count," he added.

Shad also highlighted the case of a judge, who was elevated to the Court of Appeal and later to the Federal Court, but had neglected his fiduciary duty of writing judgments for 35 cases.

"It is only once in a while that the Conference of Rulers is able to block an improper appointment or promotion of a malleable judge," he noted.

As for the composition of the judges, Shad said he regrets the massive imbalances in the country's superior courts, noting that Malay judges constitute the bulk of the Justices.

"An inclusive judiciary with a racial, religious, regional and gender balance is likely to arouse confidence in its ability to deliver justice fairly and impartially," he said,

According to an early 2018 data, Shad said Malays constitute 84.6% of judges in the Federal Court, 76% in the Court of Appeal and 74% in the two High Courts.

On race and religion, Shad said: "There is now a predictability about most judicial decisions and the theories of 'jurimetrics' need not be employed to foresee some results."

"Since the Islamisation wave of the 1980s, some judges have found it fashionable to subordinate their duty to uphold the Constitution to their race or religion," he added.