Malaysia's Jan-Feb GDP to contract by 0.8%-1.2% as COVID-19 outbreak takes toll on economy 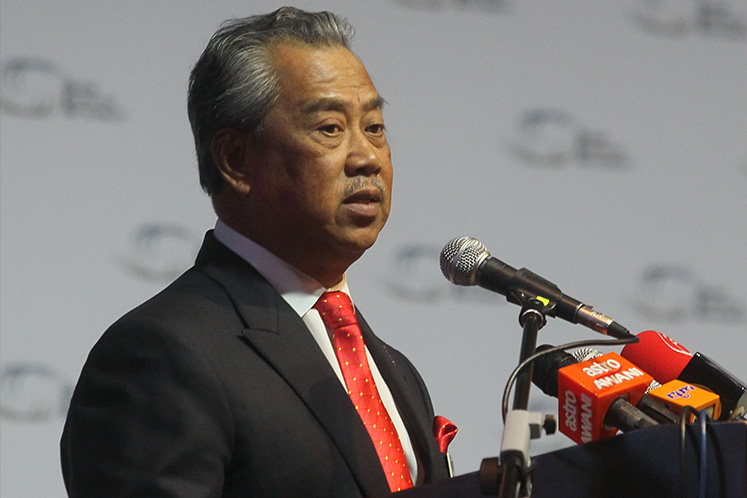 KUALA LUMPUR (March 13): The new Government estimates that the country's Gross Domestic Product (GDP) will contract by 0.8% to 1.2% between January and February as a result of the COVID-19 outbreak, said the newly appointed Prime Minister Tan Sri Muhyiddin Yassin.

In a televised speech tonight, Muhyiddin announced that the country's GDP for the two-month period is anticipated to shrink by RM10.8 billion to RM17.3 billion. The tourism industry will be the worst hit sector with estimated losses of RM3.3 billion for the first two months of this year.

"The tourism and transportation sectors as well as small and medium enterprises were affected badly by the virus outbreak. Many tour packages have been cancelled, putting jobs in airlines and hotel businesses at stake.

"In light of this, the Government will monitor the implementation of the economic stimulus package announced [by former Interim Prime Minister] earlier, to ensure that the outcome is felt by the public immediately," he said.

Meanwhile, the Government has decided that all public gatherings including international meetings, sporting fixtures, social and religious events will be postponed or cancelled accordingly until April 30, 2020. This decision will be reviewed if the COVID-19 situation improves, said Muhyiddin.

He noted that the Minister in the Prime Minister's Department (Religious Affairs) issued a set of guidelines for religious gatherings at mosques to prevent the spread of COVID-19.

"For other religions, organisers of religious gatherings with big crowds should seek advice and recommendations from the Health Ministry. As for schools, the Government has taken steps to curb the spread of the virus including banning all assemblies," said Muhyiddin.