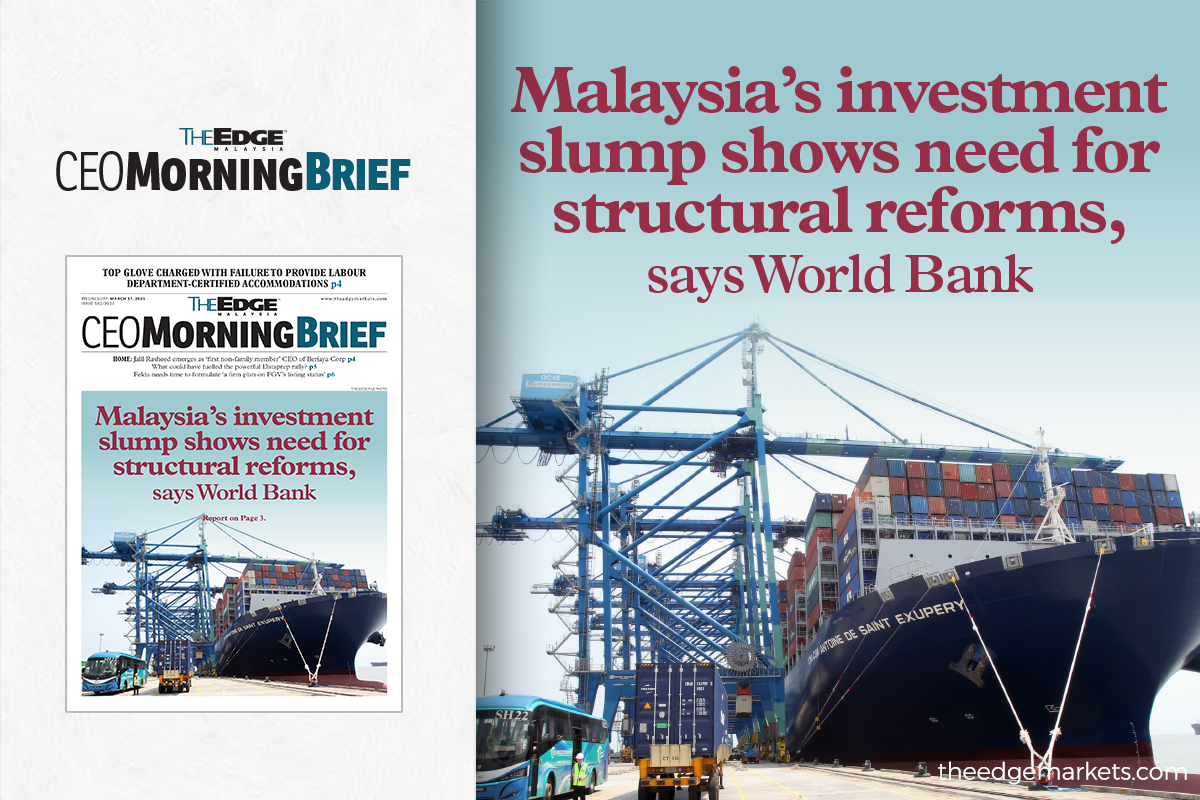 KUALA LUMPUR (March 16): Malaysia risks falling behind in regional competition for foreign investments due to long-standing policy and structural issues, as it comes in "striking distance" of becoming a high-income nation, the World Bank said.

Foreign direct investment (FDI) in Malaysia fell 56% to US$3.4 billion in 2020, a government report said this month, as the Covid-19 pandemic battered its trade-reliant economy.

The United Nations Conference on Trade and Development in a January report said FDI in Malaysia fell 68% last year, the worst rate in Southeast Asia.

Foreign inflows should remain subdued as Malaysia lags in reforms of policies that drove its 1970s to 1990s boom, said Richard Record, the bank's lead economist for Malaysia.

He said there is uncertainty about Malaysia's vision and what it can offer investors compared to regional peers.

Malaysia last year suffered its worst economic performance since the Asian Financial Crisis, contracting 5.6%, largely due to the Covid-19 pandemic.

In its report, "Aiming High — Navigating the next stage of Malaysia's development", the World Bank expects Malaysia to achieve high-income and developed nation status somewhere between 2024 and 2028.

However, its "escape velocity" from middle-income status is slower than other countries that reached high-income status, partly due to many factors within policymakers' control, Record said.

Malaysia's economy grew on average 4% annually over the past decade, a marked deceleration from the 9% yearly growth from 1967 to 1997, according to the report.

Record said Malaysia needs high-quality foreign investment to boost growth, but that requires broad reforms of everything from the education system and labour participation to its investment promotional framework.

"While other countries sprinted into high-income and developed nation status, Malaysia is jogging slowly," Raad said.