Flying car prototype to be ready by October, says Redzuan 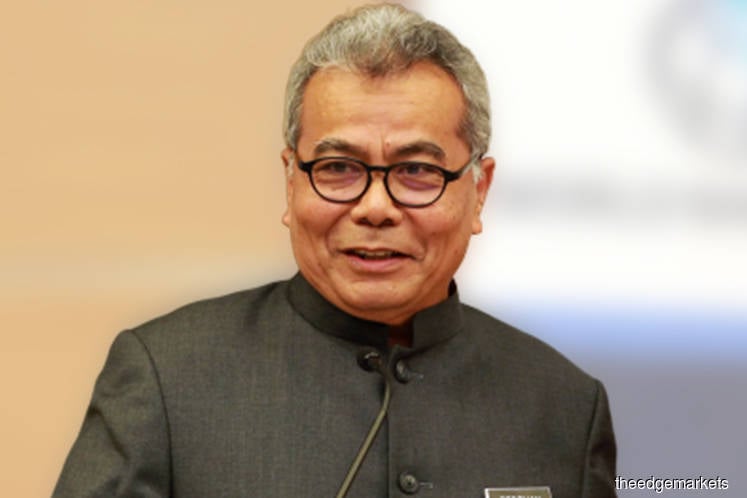 KUALA LUMPUR (July 2): Malaysia may see flying cars in its skies as early as October, according to Entrepreneur Development Minister Datuk Seri Redzuan Md Yusof, who is expecting the private project to complete the development of the prototype by then.

Redzuan told reporters at Parliament lobby today that he has already seen the prototype and that the company developing it, which he declined to name but has described as being number three in the world in terms of drone operations, has completed the airframe.

"For the time being, they are designing for two passengers. I have seen the prototype that they built, I am monitoring the progress. I think the airframe is almost completed, so it's just building the body kit and so on. They should be able to meet their target to complete it in October. We are not pushing them to complete, because it is not our project," he said.

"I don't want to name the company until they themselves announce it. They have just recently raised funding through private initiatives from another country. They are also bound for listing in another stock exchange, because they cannot do it here — they cannot get the attraction here," he said.

"Some people have argued that they are number one in the world (in terms of drone operations) — they are operating in 26 countries — so they are expanding their capacity into flying cars," he added.

"There are other companies (developing) this technology — it is a race among themselves. But we need to have the regulations ready, it doesn't matter how many companies are doing it. So we are drafting the rules and regulations to allow these private companies to fly under our law," he said.

"We must be ready in terms of regulations, because when they ask for permission to fly, do we allow that? We have to be prepared for that. If we are not ready (by September), we have to come up with some sort of allowance on certain period and space for them to fly," he said.

Redzuan said the government has already started discussing the issue with the Civil Aviation Authority Malaysia, other ministries, and those in the private sector, like insurance companies.

"We are discussing with various private parties, to facilitate the innovation based on infrastructure that we have. We are not going to spend public money to build the infrastructure, but we need the rules and regulations if they want to operate flying cars.

"Other countries have set up rules, like Dubai for example, where they are launching their first flying taxis for business class passengers to fly from airport to hotel. The space for them to fly was created three years ago," he added.

"All the intellectual property rights, including the design for this air mobility project, are under the responsibility of the company that develops this project, including the cost incurred. The government only plays the role as the facilitator in developing the ecosystem, especially in the aspect of formulating policies," he said.

Nik Muhammad Zawawi was asking Redzuan about the status of the flying car's prototype development.