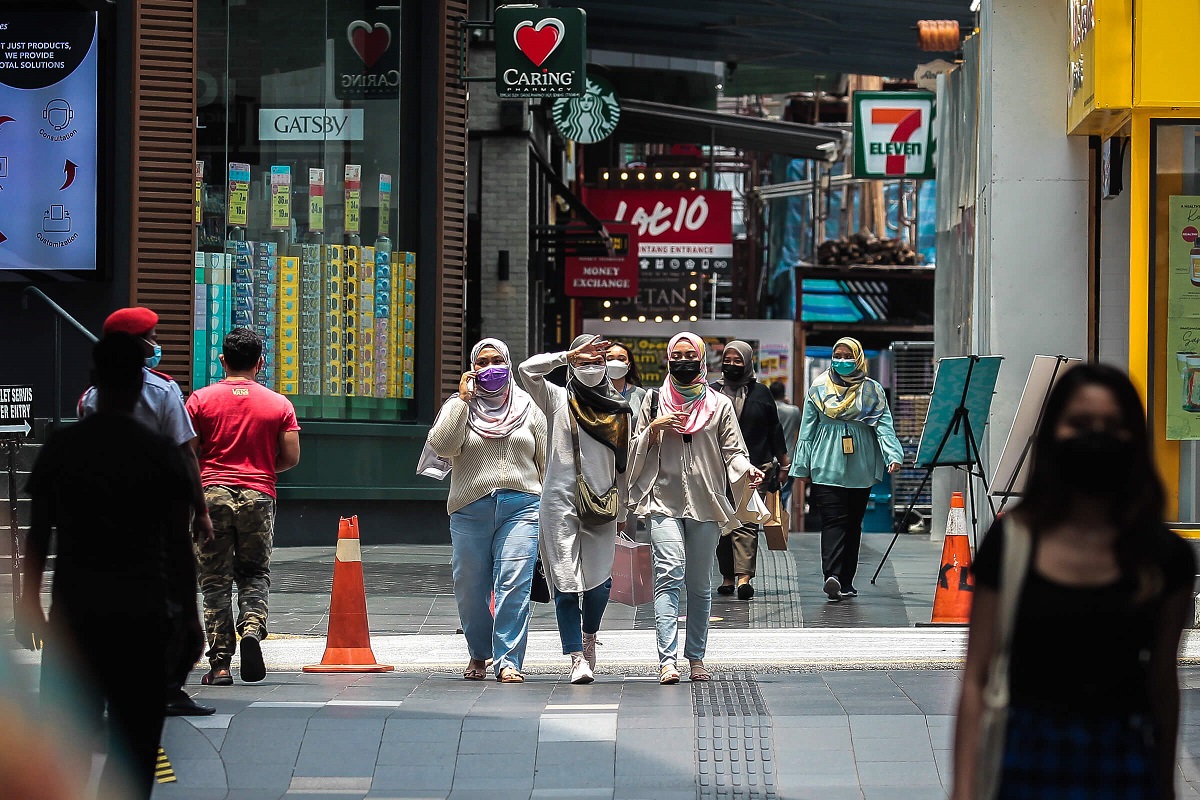 Cumulative cases rose to 2,332,221 as a result, according to a statement from the MoH.

8,729 cases were locally transmitted while 14 were imported cases, the ministry said.

As of the reported time, 770 cases are being treated in the intensive care unit (ICU), of which 419 patients require breathing ventilators. It should be noted that 115 of the patients are suspected or probable cases, or currently under investigation.

With the latest tally, Malaysia’s active cases fell for the 23rd consecutive day to around 125,998, not including daily new deaths which occurred on Saturday. Daily new deaths are currently reported based on the latest numbers at midnight.

The other states and federal territories have Rt below one, with no new cases recorded in Labuan. The Rt value average for Malaysia stood at 0.86, the MoH said.

They comprise four workplace clusters, four community clusters, and two that were found among high-risk groups, bringing the total active clusters to 845 against 4,735 clusters which have ended.

In a tweet, Health Minister Khairy Jamaluddin said as Malaysia transitioned into endemicity, daily cases will still be reported but other major indicators and data will be uploaded onto CovidNow at 12 midnight daily.