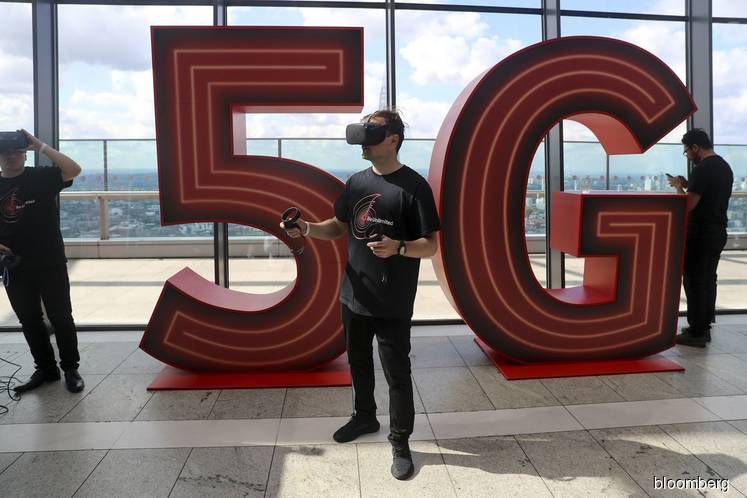 KUALA LUMPUR (Jan 23): Malaysia is offering airwaves for 5G networks at little cost to carriers to reduce the investment needed for the speedier wireless service, a model followed by China in its rollout of the technology last year.

The government will forgo revenue from spectrum auctions and instead will allocate airwaves to a consortium of carriers via a tender starting after April, Al-Ishsal Ishak, Malaysian Communications and Multimedia Commission chairman, said in an interview. Commercial 5G services may be available in the country by the third quarter this year, according to a January presentation by the commission.

The cheap airwaves policy frees up funds for companies including Maxis Bhd and Axiata Group Bhd to invest in 5G infrastructure that could cost at least 7 billion ringgit (US$1.7 billion) over the next five years, Al-Ishsal said. The policy also sets up competition among carriers including Maxis, Axiata, Telekom Malaysia Bhd and Digi.com Bhd to form groups that will vie for the license to operate the country’s first 5G network.

Maxis and Axiata ended three days of losses to advance 1.3% and 0.7% respectively as of 4:30pm in Kuala Lumpur. Telekom rose 1.3%, set for the steepest gain in a week.

Countries around the world are pushing for upgrades to the higher-capacity wireless technology, which also has less lag or latency, because it is crucial for implementing industrial applications from self-driving trucks to remote surgery and robotics.

Axiata unit Celcom Axiata Bhd has said it expects 5G to be a catalyst for consolidation in the industry to help spread the cost of building the networks and to increase the likelihood of winning a bid for the solo consortium license to serve the country of about 32 million people.

“Because we’re not charging unnecessary cost, there will be no need for the industry to charge a premium,” he said.

China’s carriers are also benefiting from very cheap 5G airwaves as the government pushed for early implementation of the networks in a bid for tech supremacy, including at Huawei Technologies Co, the world’s largest supplier of 5G wireless equipment.

The Malaysian and Chinese approach contrasts with most of the rest of the world, where governments from Germany to Italy, Taiwan, India and the U.S. have pushed to raise billions of dollars in auctions of spectrum.

In Malaysia, carriers will only need to pay “a few thousand ringgit” per tower, Al-Ishsal said.

Malaysian carriers may also hold costs down by using 5G equipment from China-based suppliers including Huawei, which has been subject to a U.S. boycott and pressure campaign asserting the company’s gear poses a risk to national security.

Malaysian Prime Minister Mohamad Mahathir has pushed back, saying in May last year that the country will use Huawei gear “as much as possible,” and that it offers a “tremendous advance over American technology”.

“We spoke of cybersecurity, and of course he offered his view about the U.S position, and of course we listened,” he said. “We offered our views as well, so there was no pressure, or no imposing of values.”