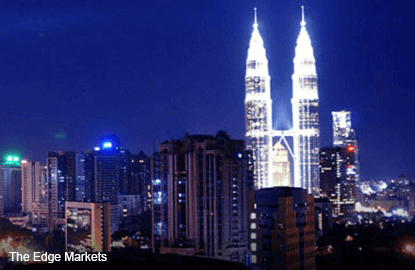 On the supply side, the services and manufacturing sectors grew 4.4% and 4.8% respectively, while agriculture and mining segments expanded 2.4% and 5.3% respectively. The construction industry grew 9.9%.

The Statistics Department said in a separate statement that cumulative 9M GDP grew 5.1% from a year earlier.

The department had also elaborated on the 3Q supply side on-year growth.

“The better performance in the manufacturing sector was underpinned by electrical, electronic and optical products, particularly in the manufacture of consumer electronics, printed circuit boards and computer peripheral equipment.

"Mining and quarrying sector which accounted for 8.3% of Malaysia's economy, eased to 5.3% (Q2 2015: 6.0%). The moderation was largely due to the lower production of crude oil, despite a rebound in production of natural gas and condensate," the department said.