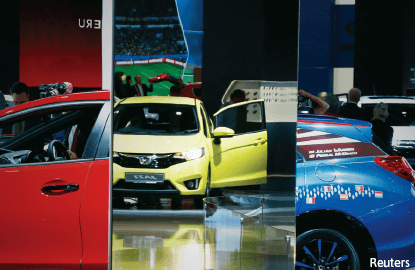 She said 2015 TIV growth was attributed to factors like a "stable economy and employment rate, sales increase in the fourth quarter, following normalisation in the implementation of the goods and services Tax, agressive sales campaign, new offers and schemes for car buyers and introduction of new models."

Aishah said this at a media briefing here today on the Malaysian automotive industry's review and outlook.

For 2016, Aishah said MAA had a lower TIV forecast at 650,000 units. She said the forecast was in tandem with global economic uncertainties, amid declining crude oil prices and a weaker ringgit.