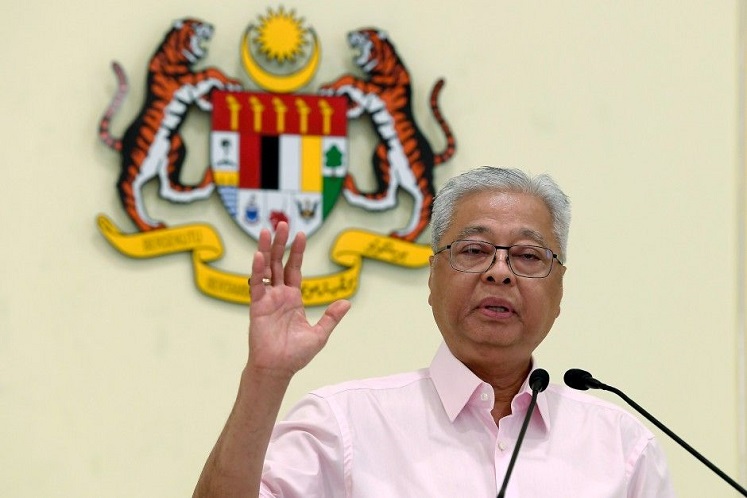 PUTRAJAYA (April 6): Malaysians working in Singapore will only be allowed to return home after being certified free of COVID-19 by the Singapore government, said Senior Minister (Security Cluster) Datuk Seri Ismail Sabri Yaakob.

He said this was part of the agreement reached earlier between the two countries, which requires Malaysians working in the republic to pass health screening before they would be allowed to return.

“There are some changes to the agreement whereby the working group involving the Human Resources Ministry will discuss certain new terms. InsyaAllah (God willing), the Foreign Ministry will announce it tomorrow.

“For now, we do not allow our citizens to enter (return to) our country,” he told a press conference after a special Cabinet meeting here today.

He said this when commenting on media reports that Malaysian workers in Singapore are expected to make their way back beginning today, including on foot via the Johor Causeway, following Singapore’s imposition of stricter measures like closing schools and non-essential businesses to stem the spread of COVID-19.

Meanwhile, Ismail Sabri, who is also Defence Minister, said the Rohingya immigrants arrested by the Kedah and Perlis Malaysian Maritime Enforcement Agency (MMEA) in Langkawi yesterday would be quarantined on the island.

He said the Foreign Ministry, Immigration Department and National Disaster Management Agency (Nadma) would be responsible for helping the Rohingya to resolve their problems.

"Since they are already in our country, our waters, we have a responsibility to look after their interests. Therefore, they will be quarantined in Langkawi," he added.

Yesterday, the Kedah and Perlis MMEA detained a boat carrying 202 illegal Rohingya immigrants near the beach of a resort in Jalan Pantai Kok, Teluk Nibong, Langkawi.

The boat was believed to have been drifting some 1.2 nautical miles southwest when it was detained at about 8.45 am.

On another matter, Ismail Sabri said 925 people had been quarantined at 118 centres nationwide yesterday, bringing the total under quarantine to 6,698.

He said there were no issues regarding the conditions of quarantine centres and, in fact, many people had thanked the government for providing them comfortable accommodation during their 14-day isolation.

Ismail Sabri also expressed his appreciation to those returning from overseas for abiding by the government’s quarantine order although they missed their families and hometowns.

He also expressed his gratitude to all frontliners who have been working tirelessly in the fight against COVID-19, including from the Health Ministry, Royal Malaysia Police, Malaysian Armed Forces, Civil Defence Force and Border Control Agency (AKSEM).

"(Our) thanks also go to other government agencies for their contributions throughout the Movement Control Order period, including the Prison Department, Fire and Rescue Department, Immigration Department, Royal Malaysian Customs Department and SWcorp," he said.

Ismail Sabri urged the people to show their appreciation for the deeds and sacrifices of these personnel by abiding by directives issued by the government, like to stay at home, practise social distancing of one metre and wash their hands frequently.