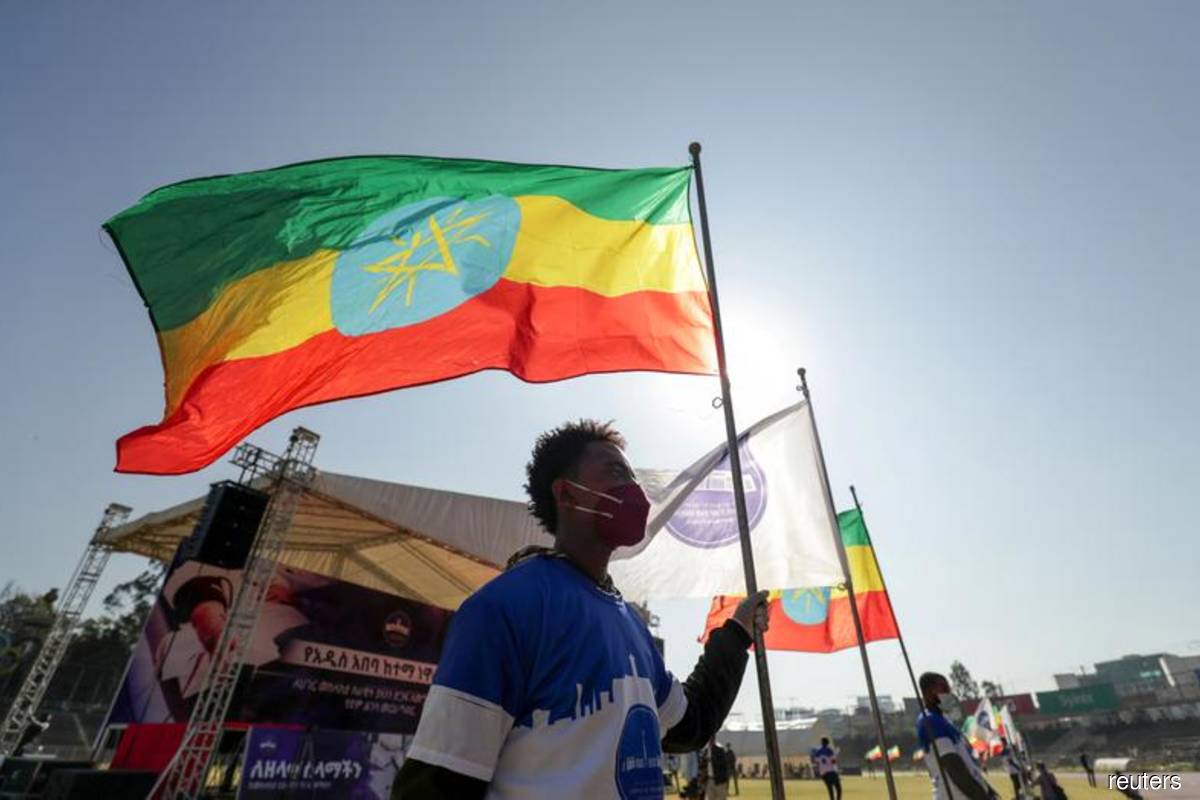 A volunteer holds an Ethiopian flag during a blood donation ceremony for the injured members of Ethiopia's National Defense Forces (ENDF) fighting against Tigray's special forces on the border between Amhara and Tigray, at the stadium in Addis Ababa, Ethiopia on Nov 12, 2020. (Photo by Tiksa Negeri/Reuters filepix)

KUALA LUMPUR (Nov 25): The Malaysian Ministry of Foreign Affairs has advised the country’s citizens to postpone their non-essential travel to Ethiopia, following the ongoing armed conflict between the Ethiopian National Defence Force and forces of the Tigray People’s Liberation Front (TPLF).

The ministry in a statement on Thursday (Nov 25) said the Embassy of Malaysia in Khartoum, the Sudan, has reported that all four Malaysians in Ethiopia registered with the Embassy were safe.

"The Embassy officials are in close contact with them. They have been advised to exercise heightened vigilance for their safety, and consider leaving Ethiopia through available commercial flights.

"Additionally, Malaysians intending to visit Ethiopia are also advised to defer their nonessential travel at this time," said the statement.

The domestic confrontation in Ethiopia began when the central government accused TPLF rebels of attacking its military base in Tigray, and launched an offensive against them. In May, the TPLF was recognised as a terrorist group in Ethiopia.

In early November, nine Ethiopian opposition factions declared the formation of an anti-government alliance to oust the current cabinet led by Prime Minister Abiy Ahmed and establish transitional authorities. The TPLF is a part of the alliance.

On Nov 2, the Ethiopian parliament declared a six-month state of emergency across the country as TPLF forces advanced on the capital. Several countries decided to begin withdrawing their diplomatic missions as a result of mounting tensions.