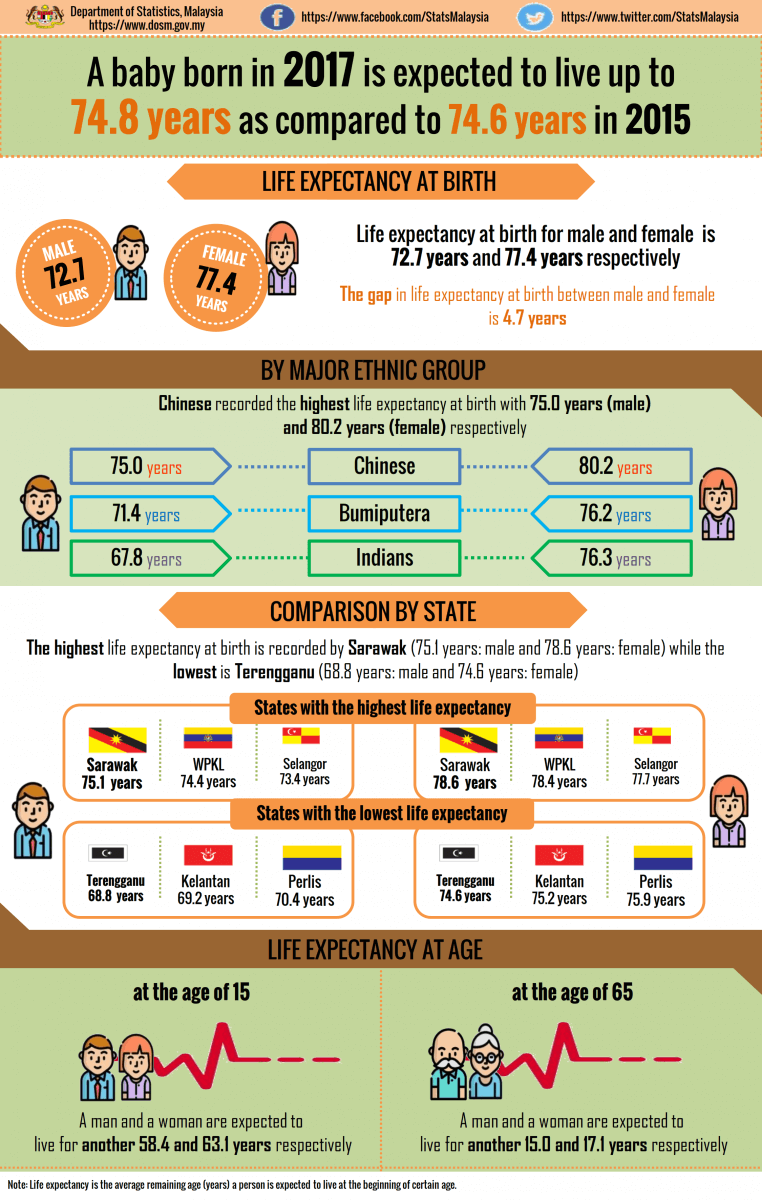 KUALA LUMPUR (July 31): Malaysians are living longer, with women outliving men by 4.7 years, according to the Department of Statistics Malaysia.

A new report published by the statistics department today revealed the Malaysian population can expect to live up to 74.8 years in 2017, compared with 74.3 years in 2011 — an increase of 0.5 years.

"In 2017, life expectancy at birth in Malaysia is 72.7 years for male and 77.4 years for female. This figure has increased continuously over the years, with the increasing of 0.6 years for both male and female, compared with 2011," it said.

However, the Department of Statistics did not give the reasons as to why Malaysians now live longer.

The statistics department also revealed life expectancy for Malaysian men aged 15 in 2017 is 58.4 years and for female is 63.1 years.

Chinese in Malaysia are living longer than bumiputeras and Indians. The statistics show Chinese men live up to 75 years, while Chinese women live up to 80.2 years.

The life expectancy for bumiputeras is 71.4 years and 76.2 years for male and female, respectively.

Indian men in Malaysia can expect to live up to 67.8 years, while Indian women live up to 76.3 years, the statistics department added.

The Department of Statistics has compiled the data in an “Abridged Life Tables, Malaysia, 2015 - 2017”, which contains life tables by age, ethnic group and sex for Malaysia and each state. The life tables, the department said, are generated based on mortality statistics for the three-year period and mid-year population estimates.