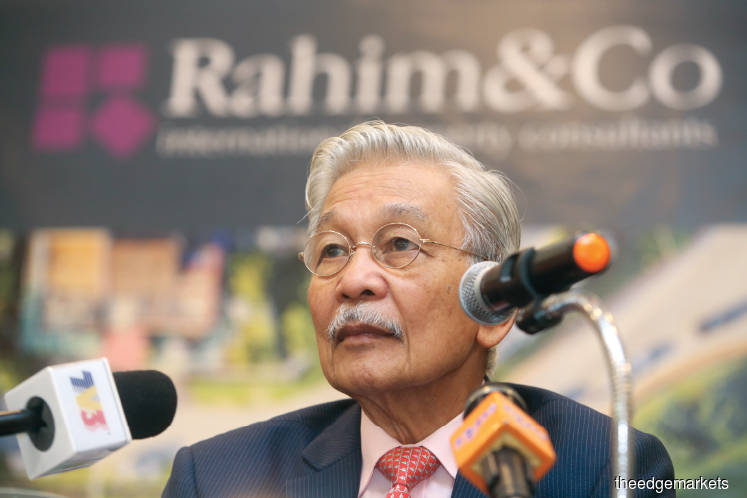 KUALA LUMPUR: The Malaysian property market will go through another year of “further stagnation” before a more meaningful recovery can be seen in one to two years from now. But the industrial sub-sector will be the least impacted for now, said property consultant Rahim & Co.

“As we enter 2019, we foresee the new year to be a period of further stagnation with continued hope and anticipation of improvements, with the introduction of new policies and incentives aimed at the property market such as the National Housing Policy 2.0 and property crowdfunding platform,” Rahim & Co executive chairman Tan Sri Abdul Rahim Abdul Rahman told reporters at the launch of its 2018/2019 property market research publication here yesterday.

“Collectively, the continuation of the wait-and-see sentiment and the persisting struggle of buyers [in] securing housing loans contributed to the market’s stagnation and the rising of inventory levels.”

As at the end of the third quarter of 2018, Malaysia’s property overhang stood at 43,219 units worth RM29.47 billion, including serviced apartments and small-office home-office units. Across all states, Johor holds the highest count of overhang units at 13,767 units, followed by Selangor (7,233 units) and Kuala Lumpur (5,114 units).

Nevertheless, the real estate consultancy firm said the industrial segment will be the “star performer” of the current Malaysian property market, as the rise in the logistics business is now in demand to keep up with consumer demand on the back of an e-commerce wave.

According to Robert Ang, Rahim & Co’s director of real estate agency, industrial assets generate the highest yield of 6% to 7%, compared to that of commercial (office, retail) at 5% to 6%, and residential in prime areas at 3% to 4%.

Ang said this is because there has been an increase in logistics and warehousing activities of not just local but foreign players too. He identified areas such as Shah Alam, Banting and those serviced by extensive highway networks as “hotspots” for such activities.

“The Digital Free Trade Zone has not kicked off in a big way right now, but it has a lot of potential, especially with it being close to the Kuala Lumpur International Airport (KLIA). The master plan for KLIA [shows that its] repositioning exercise is going to give positive impacts, [especially] to the logistics market.”

However, he cautioned that as industrial properties generally take two to three years to build, the property sub-sector might be faced with the issue of “too much” industrial space and facilities upon their completion in the years ahead.

As for the office sector, research director Sulaiman Akhmady Mohd Saheh said the asking prices for rental have fallen by 20%, while the effective rental rates are down by 8% to 10%.

“For the office market, [recovery] will take a little more than one year simply because of the incoming supply as well as the global economic situation.

“Market actual transactions, especially for established areas, indeed, also saw some declines because of the vacancy rates and prolonged rent-free period ... yields have actually [been] reduced.

“The residential segment will take another one to two years [to recover] ... the growth in residential transactions is going to be more dependent on the effective income growth of the population,” Sulaiman added.

Retail malls are also at risk of oversupply, with more new malls soon to enter the market, although Malaysia’s overall occupancy rates are holding at above 80% despite the increase in space over the past few years, helped by e-commerce taking businesses to bricks and mortar, the consultant said.

Abdul Rahim, meanwhile, said the request from property developers that unsold bumiputera lots be freed up for sale to the non-bumiputeras is a fair one.

However, he thinks the six-month reserved period may be “too short” and said there must be genuine, demonstrated efforts that the developers have in fact strived to market and sell these units to bumiputera buyers.

He was commenting on the Perak state government’s move to allow developers to release unsold properties under the bumiputera quota within six months instead of the original two years.

“Generally, there is a 30% imposition of sales to bumiputeras. I personally think that if all efforts have been done, [within] a certain limit of period, it is only fair to the developers that they (the units) should be released to the public.”