Malaysian Internet traffic has risen by 60% in 1H15 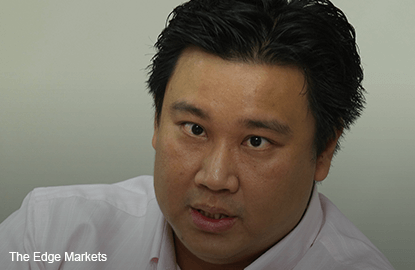 KUALA LUMPUR (Nov 18): The Malaysian Internet traffic has risen by 60% in the first half of the year, amidst the doubling of household broadband penetration to 70.2% from 2009, surpassing the 40% global target for developing nations this year.

Malaysia Internet Exchange (MyIX)'s chairman Chiew Kok Hin said at the end of the second quarter of this year (2Q15), Internet traffic was recorded as 98,589Mbps, compared to 61,771Mbps in the same period last year.

“Over the last few years, the main focus of the government has been to increase the Internet penetration rate in Malaysia,” he said in a statement today,

MyIx is an initiative under the Malaysian Communication and Multimedia Commission (MCMC).

He said according to MCMC’s 2015 first quarter report, Malaysia has already achieved the household broadband penetration rate of 70.2%, compared with the global target of 40% for developing nations in 2015.

In 2009, the household broadband penetration rate was only at 31.7%, and today, this figure has doubled.

“The drastic increase in internet traffic over the last few years is in-sync with the growth rate of broadband users in Malaysia.

In 2011, a survey by MCMC showed there were 36 million phone subscribers in Malaysia. before rising to 45 million by the end of 2014, increasing the mobile penetration rate to 148.5.

Meanwhile, he pointed out that Malaysia faces geographical challenges when it comes to infrastructure upgrades.

“The government had announced heavy investments in underwater cables for Sabah and Sarawak in the 2014 Budget, and the allocation of RM1.2 billion in the recent 2016 Budget.

“(This is) to increase rural broadband speed from 5 Mbps to 20 Mbps — to serve as a catalyst for rural small and medium enterprises to venture into e-commerce adoption,” he added.