Malaysia will not escape global slowdown in 2023, says Zafrul 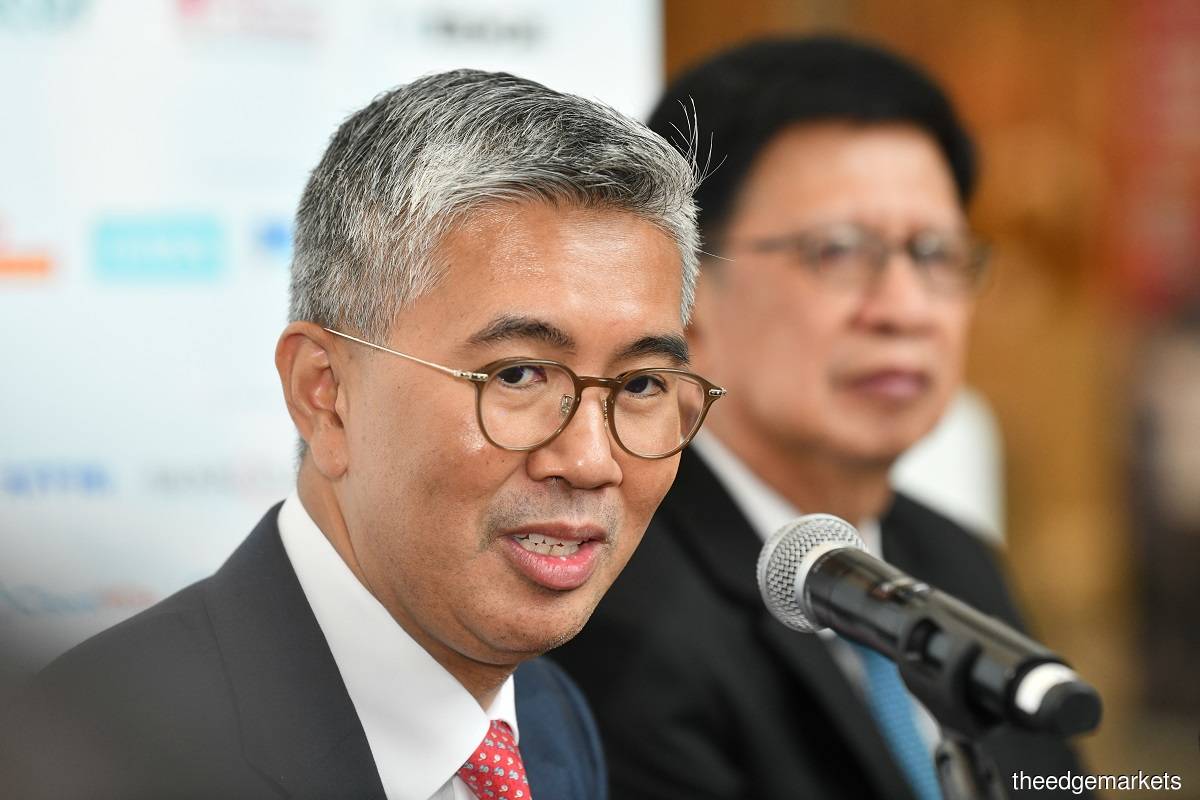 Tengku Zafrul warned that a slowdown is inevitable for a country with an open economy such as Malaysia, as its major trade partners decelerate. (Photo by Mohd Suhaimi Mohamed Yusuf/The Edge)

KUALA LUMPUR (Sept 21): Malaysia will not be spared from the expected global economic slowdown in 2023, as all three of the world’s major economic drivers — Europe, China and the US — are expected to grow at a slower rate next year compared with this year.

As such, the country must be prepared to do what needs to be done to mitigate the anticipated impact from the economic slowdowns in the world over, said Finance Minister Tengku Datuk Seri Zafrul Abdul Aziz.

Speaking at a press conference after officiating the “Developing & Financing Green Housing in Asia” conference organised by Cagamas on Wednesday (Sept 21), Tengku Zafrul warned that a slowdown is inevitable for a country with an open economy such as Malaysia, as its major trade partners decelerate.

“If you remember during the global financial crisis in 2007 to 2008, China grew 7% to 8%, so that helped mitigate the slowdown in the world economy, but this time all three economies are expected to slow down in 2023 compared to 2022, but this is again a forecast, it is only September,” he said.

In view of this, the finance minister said Budget 2023 will continue to prioritise the nation’s structural reform agenda and maintain economic recovery momentum, to ensure the well-being of the rakyat, to strengthen the resilience of the people and businesses against any future headwinds, particularly challenges stemming from the ongoing geopolitical uncertainty and climate change.

A cloud of uncertainty over 4Q2022

The dampened global economic outlook has also cast a cloud on the fourth quarter of 2022 (4Q2022), according to Tengku Zafrul, citing the geopolitical tensions between the US and China, the ongoing conflict in Ukraine, as well as China’s zero Covid-19 policy have affected the global supply chain.

“In fact, the Asian Development Bank (ADB) has lowered China’s GDP forecast to 3.3% for 2022, the lowest rate compared to other Asian developing countries for the first time since 30 years ago.

“Climate change factors as well are expected to disrupt the productivity of major food producers such as India, thus contributing to the increase in commodity and food prices.

“These factors will continue to put pressure on inflation rates and food security around the world, including Malaysia,” he added.

However, as of now, Tengku Zafrul said that the Malaysian economy is still strong, with low inflation, positive GDP growth, continued decline in the unemployment rate, as well as growth in foreign trade.

“So far, inflation remains under control with a rate of 4.4% in July 2022. For the first seven months of this year, inflation was 2.8%, among the lowest rates in the world due to the subsidiary assistance amounting to almost RM80 billion.

“These are facts, the numbers don’t lie, so if we look at the expansion of the economy, the economy has not failed. But looking at the strong growth in 1Q and 2Q, the 3Q might also surpass the forecast we set for this year.

“All these successes are also contributed by the fiscal policy that expanded via Budget 2022, and monetary policy that remains accommodative. Accordingly, for the year 2022, Malaysia’s GDP is expected to grow better, between 5.3% to 6.3%,” he added.

Tengku Zafrul maintained that the Ministry of Finance remains confident that the Malaysian economy is to surpass its 2023 GDP forecast, citing that the ministry’s confidence is founded on strong figures logged for the year thus far.

“The confidence is coming from the numbers that we’ve seen on the ground, third-quarter numbers look very strong. So, mathematically, if you had 6.9% at the first half, and your projection is 5.3% to 6.3% [for the full year], the chances of beating that is very high.

“This is because if the 3Q is expected to be as strong or stronger than the 2Q, mathematically, the full year will be higher than 5.3%,” he said.