Malaysia wants to break up big firms without hurting stocks 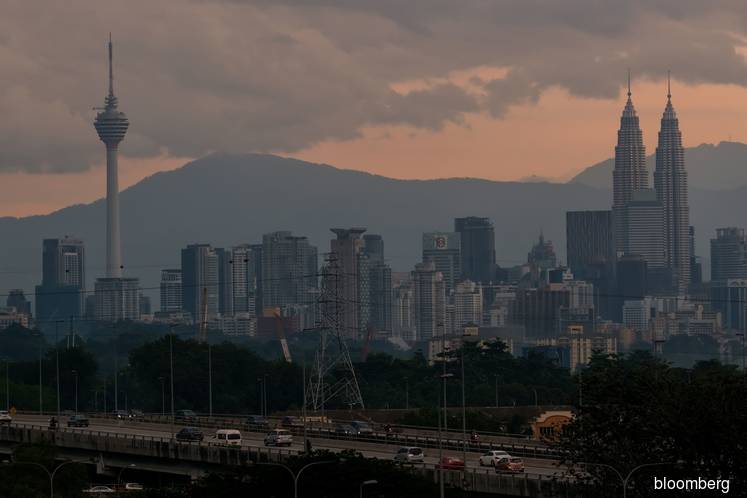 KUALA LUMPUR (Jan 15): Malaysia is considering the merits of having the state control its biggest companies, after moves to break up their dominance in sectors from the Internet to electricity led to declines in Asia’s worst major stock market.

The government needs to review on a case-by-case basis whether it needs to hold on to its golden shares in state-linked firms, as the 1MDB scandal proves it’s still needed, Prime Minister Tun Dr Mahathir Mohamad said on Tuesday. His administration has sought to make the companies more efficient to meet its campaign promise of lowering living costs, a drive that analysts expect to benefit the economy in the long run.

Yet Dr Mahathir walks a tightrope as he tries to overhaul state-linked firms that have stifled competition, without causing an earnings upheaval and spooking investors. The US-China trade war that triggered foreign stock outflows across Asia hasn’t helped either — Malaysia’s benchmark index fell 6% last year, the most since 2008.

State operator Telekom Malaysia Bhd was the first hit when the country slashed broadband prices as part of an election pledge. That triggered a loss of almost US$1 billion in its market value since May 2018. Now, power firm Tenaga Nasional Bhd is bracing for new players as the government moves to open up the retail electricity market. Its shares have slumped 18% since September 2018 when the government first mooted the plan.

“The government’s push for industry specific and procedural reforms aimed at increasing competition and transparency are for the greater good in the long-term,” said Geoffrey Ng, director at Fortress Capital Asset Management Sdn Bhd. It’s the lack of public education and market engagement that created short-term uncertainty, “resulting in perception of increased policy risk when investing in Malaysia,” he added.

While Malaysians welcomed cheaper Internet and the prospect of smaller electricity bills, some of the cost may be borne by state funds Permodalan Nasional Bhd and Employees Provident Fund, which are among the biggest shareholders in the companies.

Public pension fund EPF, which owns a 16% stake each in Telekom and Tenaga, said its investment income fell 7.6% to RM13.5 billion (US$3.3 billion) in the third quarter from a year ago due to the decline in Malaysia’s stock market. PNB announced its lowest income distribution since 1990 to unit holders of Amanah Saham Bumiputera, which owns 12% of Telekom and 9% of Tenaga.

“The government should be more cognizant of the impact of policy changes on publicly traded companies and service providers,” said Alexander Chia, head of regional equity research at RHB Bank Bhd. That includes consulting stakeholders and giving the market enough time to prepare for the changes “to avoid shocking the system,” he added.

Representatives for the finance ministry, EPF and Telekom declined to comment, while a representative for Tenaga didn’t immediately respond to requests for comment.

Khazanah Nasional Bhd called for the government to move away from the practice of using golden shares to have clout over state-owned companies, and to wield its influence through legislation and regulators instead, Managing Director Datuk Shahril Ridza Ridzuan said at the same conference where Dr Mahathir spoke on Tuesday in Kuala Lumpur. A golden share allows the government to outvote all other shareholders on certain matters, such as in appointing chief executive officers.

To be sure, the reform has pushed the companies to become leaner. Telekom cut costs by dismissing workers, renegotiating contracts and delaying capital spending. UBS Group AG analyst expects its net income to rise to RM412 million in the fourth quarter, which would be the biggest since 2011, from 261.3 million in the previous period.

Tenaga is splitting itself into three units, including one to handle retail electricity, and planning a debt sale for the first time since 2017 to gear up for new competition.

“GLC reforms are definitely good for the country,” said Mohd Afzanizam Abdul Rashid, the chief economist of Bank Islam Malaysia Bhd, referring to government-linked companies. “The way I see it, the critical thing to do is to ensure that the GLC’s existence will not crowd out the private investment.”

The move to open up industries dominated by state companies is also meant to encourage smaller private companies to take a bigger role in the economy. Malaysia wants small and medium-sized enterprises to contribute 50% to the gross domestic product, from 38.3% in 2018.

As Dr Mahathir put it, the government has “no business to be in business.”

Overall, the government’s handling of the corporate reform has improved, said RHB’s Chia. While the broadband price cut was abrupt, the government is now communicating well and phasing in the plan to open up the electricity sector, he said.

“It was a steep learning curve, but the Pakatan Harapan government is getting better at engaging markets,” Chia said.