Malaysia walks away from law to tackle firms over forest fires 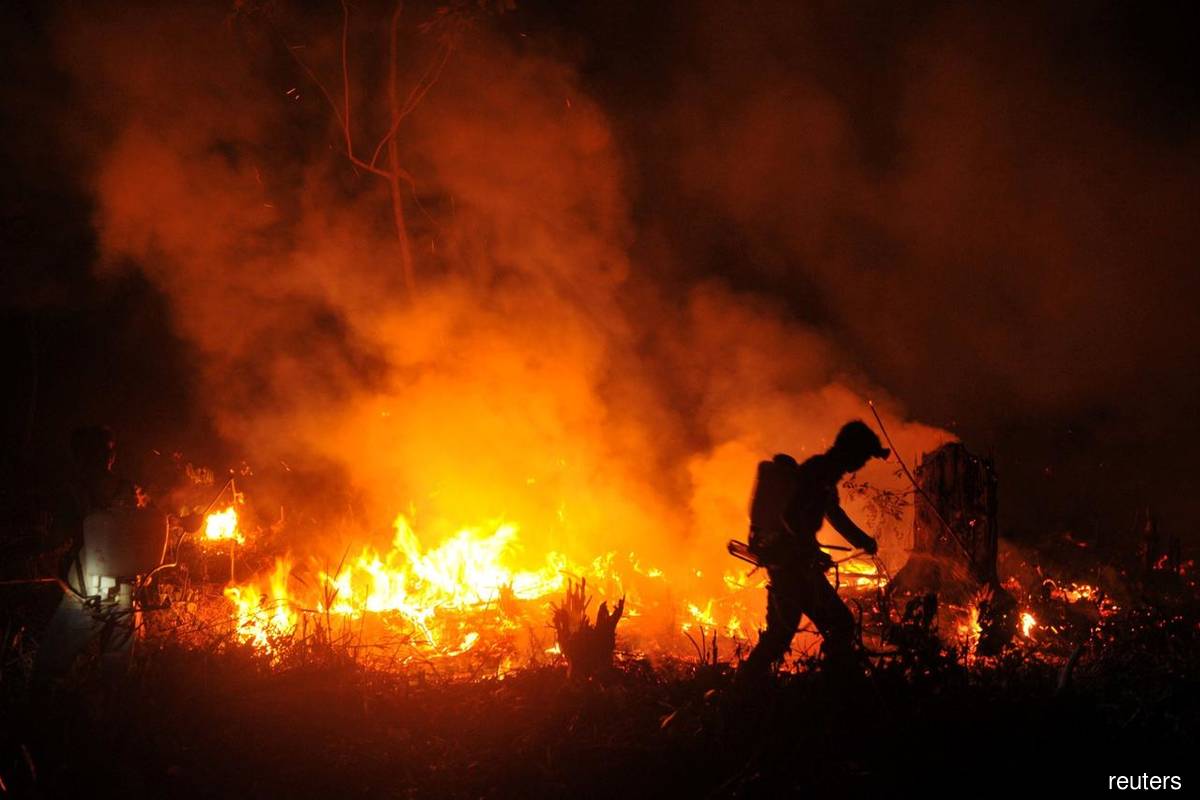 KUALA LUMPUR (Aug 7)(Thomson Reuters Foundation): Malaysia's decision not to introduce a law to tackle companies responsible for forest fires is a "missed opportunity" to curb the annual smoke haze that blights Southeast Asia and to end diplomatic rows over the problem, policy experts said on Friday.

Last year, Indonesian and Malaysian officials traded blame for the harmful smoke, with Malaysia's then environment minister pledging to draft a law to punish businesses and individuals that cause pollution on land they manage overseas.

But after months of consultation with green groups, the planned legislation was dropped this week by the government that took charge in March, in favour of a more regional approach, according to local news reports.

Helena Varkkey, a lecturer at the University of Malaya in Kuala Lumpur who has researched the haze problem for more than 15 years, said ditching the law was a "missed opportunity".

"Over the years, a lot of finger-pointing happens where the Indonesian government points towards Malaysian companies and vice versa," she told the Thomson Reuters Foundation.

The law would have been able to neutralise that blame game, she said, because Malaysia could have shown it was playing its part by regulating its own firms and others should do the same.

Indonesia and its Southeast Asian neighbours are regularly hit by thick smog from slash-and-burn clearance of land and forests for palm oil production and farming, causing premature deaths, respiratory infections, and school and airport closures.

Usually occurring from June until October, more than 942,000 hectares (2.3 million acres) of forests and land were burned last year in Indonesia, costing the country US$5.2 billion in economic losses, according to the World Bank and official data.

In media reports, Malaysia's environment ministry - which did not respond to requests for comment — cited a similar law targeting companies that was introduced in neighbouring Singapore but has proved largely ineffective.

Singapore's Transboundary Haze Pollution Act 2014 has had little impact due to a lack of maps and support from Indonesian authorities, forest experts said.

Unlike Singapore's law — that can potentially hold any entity liable — Malaysia's law was aimed at holding domestic firms accountable through "naming and shaming", said Varkkey.

Late last year, environment officials from the 10-member Association of Southeast Asian Nations (ASEAN) vowed to work together to achieve a haze-free region by 2020.

But they gave few details on how, other than speeding up the establishment of an ASEAN centre to support coordinated action.

Despite this, last month Indonesia's Central Kalimantan province declared a state of emergency after identifying more than 700 fires.

The introduction of the proposed law could have disrupted bilateral and regional action that is bringing progress, said Parish, who works with the ASEAN secretariat and member states.

Malaysia should look at improving its peatland management and prevention of fires at home — as blazes are increasing in some states - while boosting collaboration and support for Indonesia in the same areas, he said.

Others said ASEAN's action on the haze fires was too slow.

"It is beyond debate that ASEAN-style diplomacy has failed to solve the toxic haze problem," said Kiu Jia Yaw, a prominent environmental lawyer in Malaysia.

Rather than focus on diplomacy and political cooperation, he urged ASEAN to adopt legal mechanisms and institutions to fight the haze. Meanwhile, each country should enact reciprocating domestic laws to govern their own polluters, he added.

"The 'ASEAN way', where ASEAN governments engage strictly on a non-interference basis, will pretty much guarantee that accountability will never be had," he said.