Malaysia’s April unemployment spikes to 5%,  the highest in 30 years 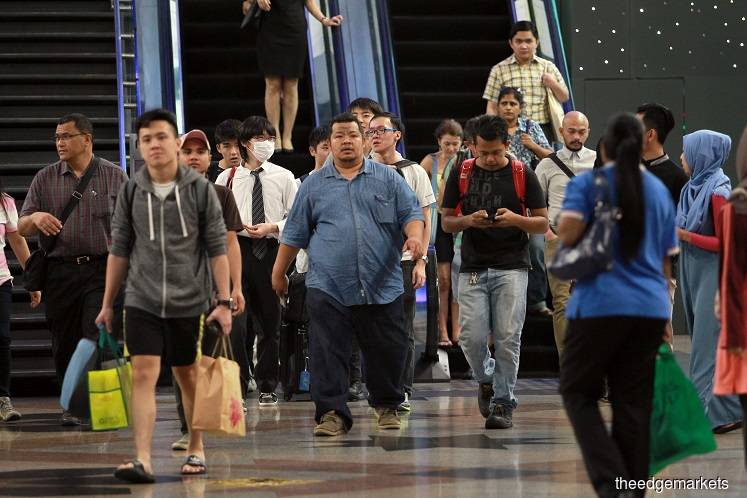 KUALA LUMPUR (June 15): Malaysia’s labour market felt the brunt of the movement control order (MCO) implementation, with unemployment in April spiking to 5%, the highest since 1990.

Economists said it is likely to go higher in the coming months.

Afzanizam said the unemployment rate should subside in the coming months as the economy gradually reopens, following the implementation of the Conditional MCO from May 4 and the Recovery MCO from June 10.

The statistics department, in a statement today, said the number of unemployed persons went up 48.8% year-on-year (y-o-y) to 778,800 in April.

The department said the most affected employed persons were in the manufacturing and services sectors, namely accommodation and food & beverage; arts, entertainment & recreation and other services such as beauty centres and salons.

Yeah said he was expecting the unemployment rate to hover between 5% and 6% during the MCO period due to the shutdown of the economy which caused many businesses to consolidate their workforces. However, he said as businesses are still beginning to adjust to the economic downturn, the unemployment rate is therefore expected to be worse in the second quarter of the year.

“Although the Recovery MCO allows businesses to operate, the challenge still lies in the hard hit sectors such as aviation, tourism and small and medium enterprises who will continue the consolidation of business. Some will also face liquidation even.

“So we expect to see a further increase in unemployment in the coming months to 6% to 7%. Whether it will stabilise will depend on the economic recovery. Some early indications can be seen in manufacturing production, which returned to pre-MCO levels,” he told theedgemarkets.com

He added that Malaysia’s unemployment rise cannot be compared with advanced economies that are facing the epicentre of the virus such as the U.S. and Europe, which saw a double digit rise in unemployment.

“Job creation in this economy is also on the decline. Demand patterns are also changing, so businesses will need to adapt to these changes,” he added.

Afzanizam said the government’s wage subsidy programme which aims to incentivise employers to retain their workers, will help sustain employment.

“Should the reopening of the economy become more consistent, we can expect demand for labour to gradually rise. Employers would want to retain their workers as finding new employees is equally difficult. [Furthermore,] companies would gain their economies of scale once the demand start to picks up,” Afzanizam said.

Chief Statistician Datuk Seri Dr Mohd Uzir Mahidin said Malaysia’s labour market in May is expected to be further affected, following the implementation of the Conditional MCO starting May 5, as businesses were still not fully in operation.

“During this period, companies will have the tendency to reduce the [number] of employees to ease the burden of operating costs, despite predicting a decline in their business revenue,” Mohd Uzir said.

He added that as the Recovery MCO kicked off on June 10, the reactivation of businesses for more sectors and inter-state travels were allowed, which is predicted to spur businesses and steer the improvement of the job market, especially in the travel and tourism related industries.